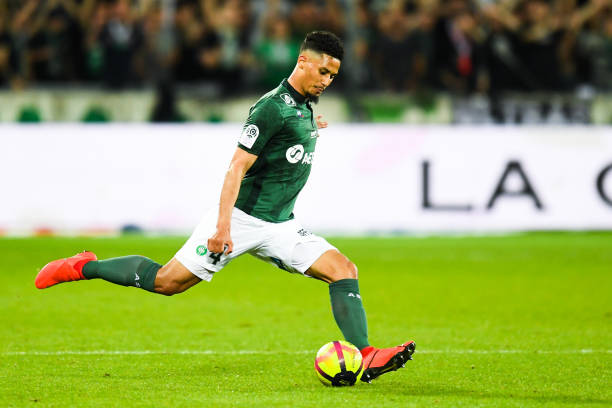 The gunners have in the last few weeks been linked with AS Saint-Étienne highly rated young centre back William Saliba and it now seems like the North Londoners are on the verge of completing the deal according to reports from France. The young French centre back is viewed as a replacement for aging Laurent Koscielny.

William Saliba is a talented 18-year-old centre back who had his breakthrough last season in the French Ligue one and most top European clubs including Manchester City have all shown interest in the young Frenchman but L’Équipe has confirmed that the gunners have won the battle of getting the signature of the youngster. The report claims that Arsenal has agreed personal terms with William Saliba and that he has signed a five-year deal that would see him leave the Emirates Stadium when he is 23.

The gunners will however have to wait one more year before they can get William Saliba back as the report claims that AS Saint-Étienne will only let him leave if the club that purchases him accepts to loan him back for the upcoming 2019/20 season. Arsenal will now have to agree on a fee with AS Saint-Étienne but most reports claim that the French club wants at least €30million.

Arsenal have probably identified William Saliba as the perfect replacement for Laurent Koscielny who could either leave this summer or the next one since he is now old and is constantly injured. It’s interesting how his replacement will be coming from the same league that he came from to come to the Emirates Stadium in 2010.

Report: Five players that Arsenal is most likely to sign in the 2019 summer transfer window