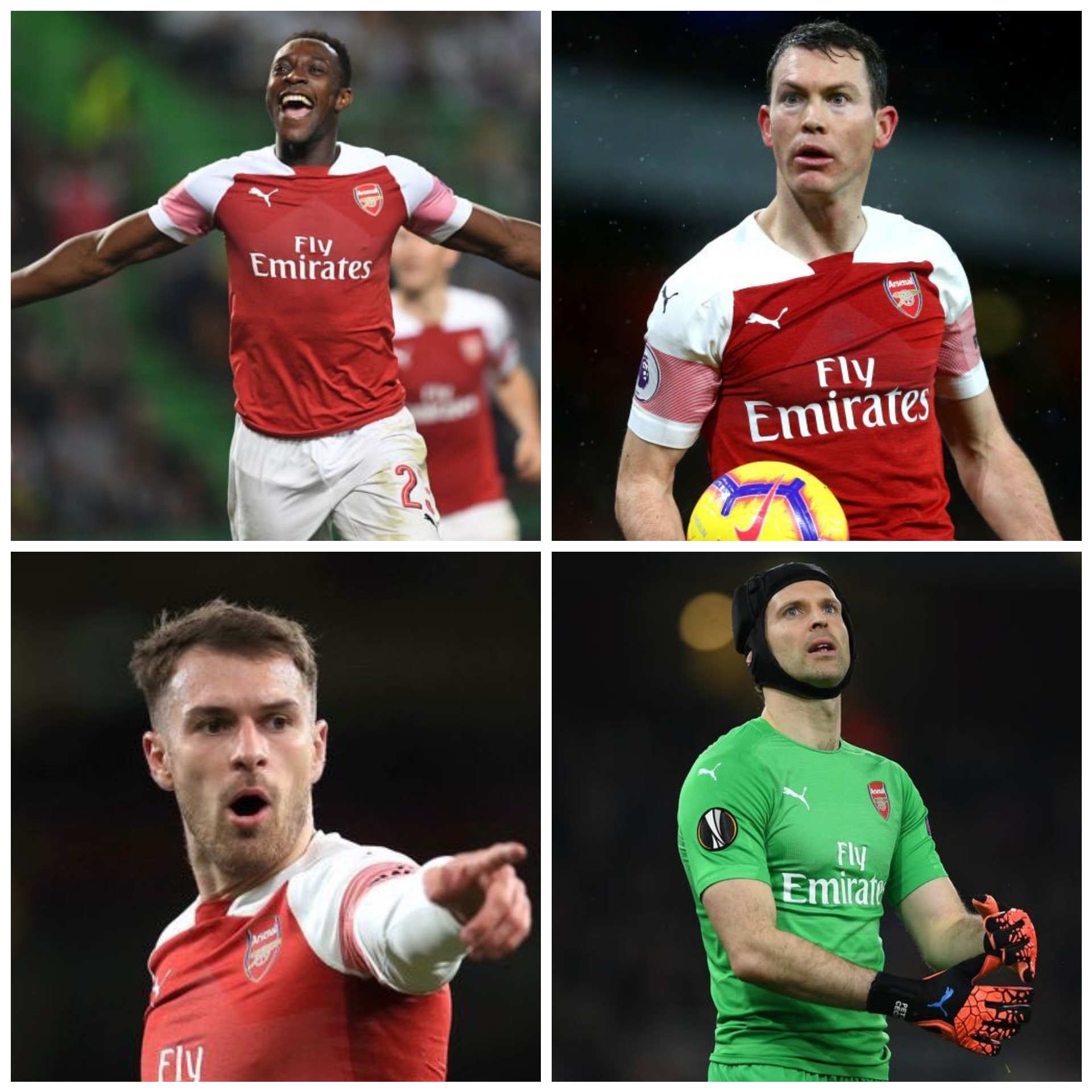 The gunners will be busy in this summer transfer window because some reports claim that Unai Emery wants Arsenal to do a mass clearout of players that are no longer up to the task. The North Londoners have begun by letting go of seven players today who are out of contract on 1st July namely; Cech, Ramsey, Welbeck, Lichtsteiner, Gilmour, Pleguezuelo and Bramall.

Let’s take a look at how Unai Emery plans to replace the four main players on the list of players that the club has released today.

The Swiss right back was signed last summer as a back up but the injury of Hector Bellerin made him play a lot of matches which proved that he wasn’t going to adapt to the demands of the Premier League. There has been rumours that Emery might bring in Thomas Meunier to replace the outgoing Lichtsteiner but those reports haven’t developed in the last two days.

So as it stands, Unai Emery might consider giving Ainsley Maitland-Niles a go in the right back position next season until Hector Bellerin finally returns.

LONDON, ENGLAND – MAY 05: Arsenal fans show their appreciation for Aaron Ramsey of Arsenal prior to the Premier League match between Arsenal FC and Brighton & Hove Albion at Emirates Stadium on May 05, 2019 in London, United Kingdom. (Photo by Catherine Ivill/Getty Images)

Ramsey’s departure has hurt a lot of Arsenal fans because the Welshman has been an incredible player for the gunners in the last decade but the club however decided that it would be best if they don’t renew his contract to avoid stretching the wage bill and his constant injuries are disheartening. Some rumours claim that Emery might consider making Willock a Ramsey replacement since he seems to have a playing style that is similar to that of the now Juventus midfielder.

However, some reports in Italy claim that the gunners view Dennis Praet as a perfect replacement for Aaron Ramsey.

Petr Cech has retired from football and this leaves the gunners without a back up for Bernd Leno who will be Arsenal’s first choice goalkeeper next season. The gunners are unlikely to sign a new goalkeeper because they want Emiliano Martinez to be their second choice goalkeeper. Martnez had an incredible performance while on loan at Reading.

DAT GUY! The English striker is a player that is loved by most of the Arsenal fans but his time has finally come and it’s the perfect decision for the club and him to part ways with in this summer transfer window. The gunners missed Welbeck last season and will definitely try to replace him in this transfer window.

Some gooners want Eddie Nketiah to be given a chance but it’s clear that Emery believes that he isn’t ready and so he will probably be loaned. The gunners have been linked with various strikers but the only report that seems to be 100% accurate is that of highly rated Ituano striker Gabriel Martinelli. The youngster is currently 17 years old and will reportedly be announced this month on his 18th birthday.

Report on the player that Emery wants to replace Koscielny