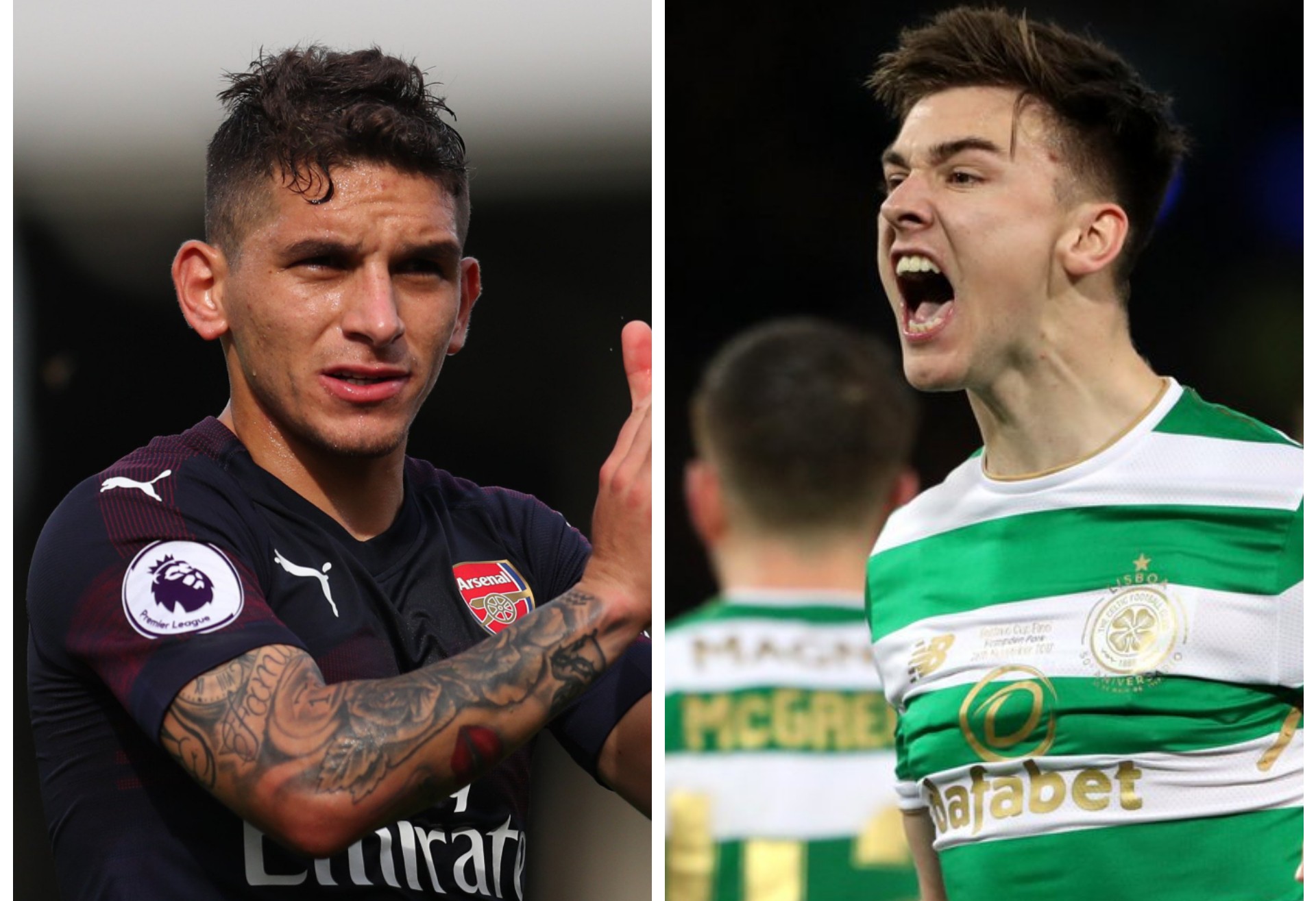 Arsenal is currently linked with Celtic left back Kieran Tierney and even though the gunners have had a £15million bid rejected, they are expected to make another offer in the coming days and the Scottish club will have no option but to accept it.

Arsenal signing Kieran Tierney will definitely be bad news to both Monreal and Kolasinac but it will certainly be good news for Lucas Torreira and some other members of the squad of the North Londoners. Arsenal head coach Unai Emery used many formations last season but they however persisted with the 3 at the back and using wingbacks because Kolasinac isn’t able to play as a left back in a back four and Monreal is now too old to play as a full back.

However, Kieran Tierney is a great left back that can play in a back four so his arrival at the Emirates Stadium will see the gunners return to Unai Emery’s preferred 4-2-3-1 formation which most Arsenal fans like than the ones that see the gunners have three centre backs. The 4-2-3-1 formation is a formation that suits many players like Lucas Torreira who was very impressive for Arsenal in the first half of last season but his form dropped in the second half because of playing many games and as well as the change of formation as playing four at the back and being partnered with Xhaka made him fit well into the squad.

So since Kieran Tierney’s arrival at Arsenal sees the gunners return to a back four then that’s definitely good news for Lucas Torreira who was very comfortable in playing in this formation than the one that uses wingbacks. The next few days will be very important in the talks between Arsenal and Celtic over Kieran Tierney and the gooners are eagerly waiting for a deal to be announced.

Edu Gaspar set to be announced by Arsenal, what we can expect?

Report: Should Arsenal fans get scared about Lucas Torreira’s future?