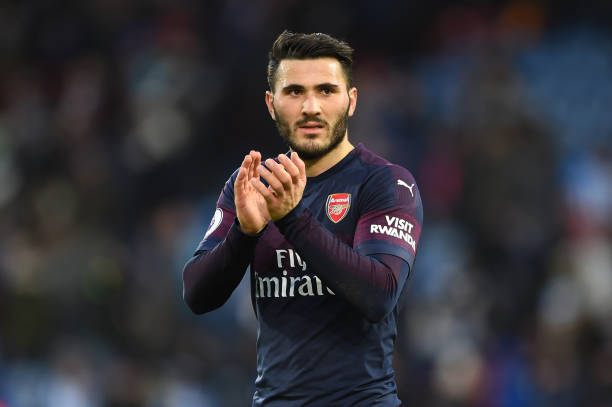 Sead Kolasinac has been used a lot this season because Unai Emery prefers using wingbacks to create chances as opposed to Arsene Wenger’s free following football that tries to penetrate the penalty boxes of opponents.

Arsenal recently lost to Chelsea in the UEFA Europa League and Sead Kolasinac is among the players that the fans want to be sold immediately after he put on yet another poor performance. The Arsenal fans demand that Sead Kolasinac should be sold because he hasn’t been impressive in the second half of the season and is very poor at defending and as well as making crosses. Sead Kolasinac is a regular starter of Unai Emery because of his pace but the Arsenal boss has failed to improve his crossing because he always panicks when he is in good positions.

However, Football.London claims that Sead Kolasinac might not be sold in this summer transfer window because Unai Emery changed his mind about him In January after he saw how the gunners would rely on him to create chances for their strikers. Sead Kolasinac has not scored any goal this season but he has however made seven assists.

It will be interesting to see whether the gunners will indeed not sell Kolasinac because keeping him will certainly confirm that the gunners won’t go back to a formation that utilises a back four since the Bosnian international is more suited as a wing back than a left back.