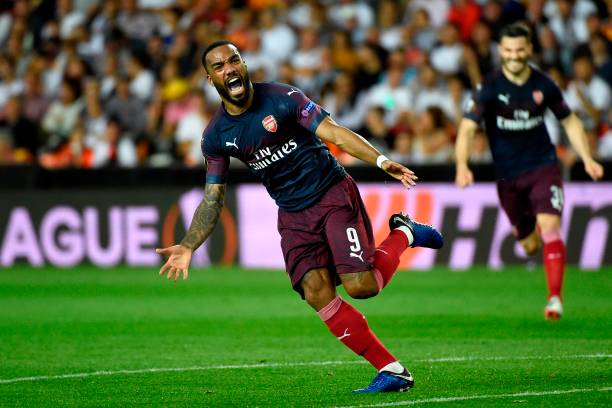 Alexandre Lacazette is a fan favourite at Arsenal and was even voted as the Arsenal player of the season for his performances in the 2018/19 campaign. The gunners failed to get UEFA Champions League football and there has been many reports linking their best players away from the Emirates Stadium in this summer transfer window.

Alexandre Lacazette joined Arsenal in the 2017 summer transfer window but he has in the last few weeks been linked with a move to Atletico Madrid which has already lost Antoine Griezmann to supposedly Barcelona. The Arsenal fans can however now relax that the Spanish club will not be signing Alexandre Lacazette as a report by Marca via Sports Witness claims that Atletico Madrid is ready to activate the €120million release clause of Joao Félix because they view him as the perfect candidate to replace the outgoing Antoine Griezmann.

Lacazette scored eighteen goals for Arsenal in all competitions last season and the North Londoners will be hoping that his partnership with Aubameyang is enough to get them a Premier League top four finish in the upcoming season which kicks off in August. Arsenal fans wouldn’t want to lose Lacazette now since he and Aubameyang were integral to their top five finish and being UEFA Europa League runners-up.

Alexandre Lacazette did not receive a call up from his country – France and he is now on holiday but he will probably be available for the pre-season tours which start next month. Fortunately for the Arsenal fans, there are some reports that he will be offered a new deal in the coming weeks.

Arsenal’s insufficient transfer budget to cause more harm than good

Report: Five players that Arsenal is most likely to sign in the 2019 summer transfer window