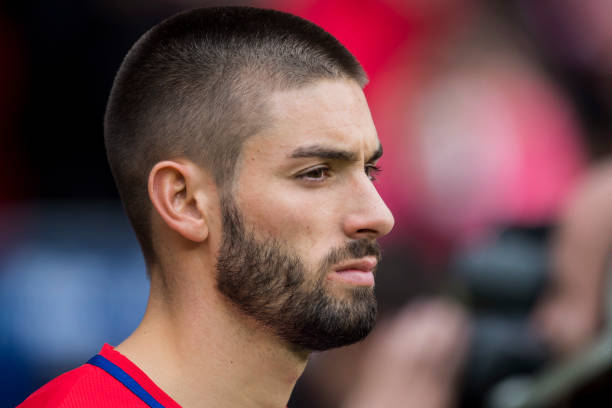 The season ended last month and Arsenal have once again made a move for Yannick Carrasco and various reports have been claiming that the gunners will soon reach an agreement with Dalian Yifang and that they have agreed personal terms with the former Atletico Madrid winger.

Then Sun has however released a report which claims that Arsenal’s pursuit of Yannick Carrasco has come at an end after the North Londoners were tasked to pay £30million in order to bring the Belgian international to the Emirates Stadium in this summer transfer window. This is a major blow for the gunners because they looked like in they were in pole position to sign him a week ago and Yannick Carrasco even confirmed that he wants to return to Europe and most reports claimed that the Premier League was his preferred destination.

The report claims that Arsenal will not sign Yannick Carrasco because of the amount that his club are demanding because they already have many requirements like a new centre back and a central midfielder that will replace Aaron Ramsey. Most reports claim that Arsenal’s boss Unai Emery has been given just £45million to spend in this transfer window.

Xhaka finally comments on rumours linking him to Inter Milan