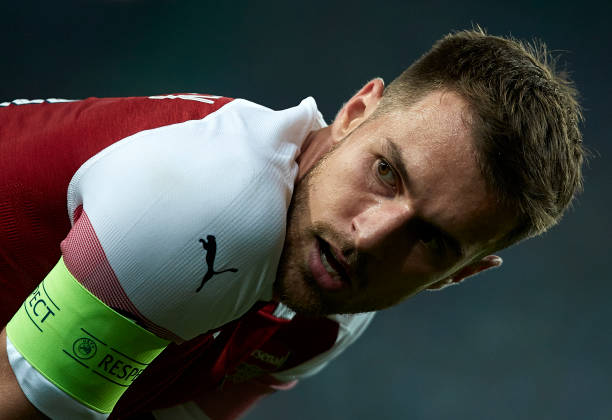 Aaron Ramsey will be joining Juventus in this summer transfer window on a free transfer after the gunners withdrew the new deal which was on the table. The Welshman has been a great servant for Arsenal and the fans love him so much even though he was always affected by injuries.

Arsenal’s head coach Unai Emery said that he was going to build his team around Aaron Ramsey when he had just got appointed but things have changed in the last 10 months and the Welsh midfielder is now leaving the North Londoners. It was unclear on why Ramsey didn’t get his contract renewed but Arsenal’s Head of football Raul Sanllehi recently confirmed that he was the one behind the decision to not offer the central midfielder a new deal.

There is however a new report by ESPN’s Nick Hornby which claims that Arsenal head coach Unai Emery is the man behind the decision to let go of Aaron Ramsey even though he claimed that he would build his squad around him. Nick Hornby who is a journalist of ESPN claims that his sources in the club told him that Aaron Ramsey was ready to sign a new contract to extend his stay at the Emirates Stadium and that Emery looked at it and believed that the midfielder wasn’t worth all that amount.

Aaron Ramsey was a fan favourite at the Emirates Stadium and if this report was to be believed, Unai Emery has messed up so much because the 28-year-old was impressive for the gunners last season.

Yannick Carrasco reportedly on the verge of joining Arsenal