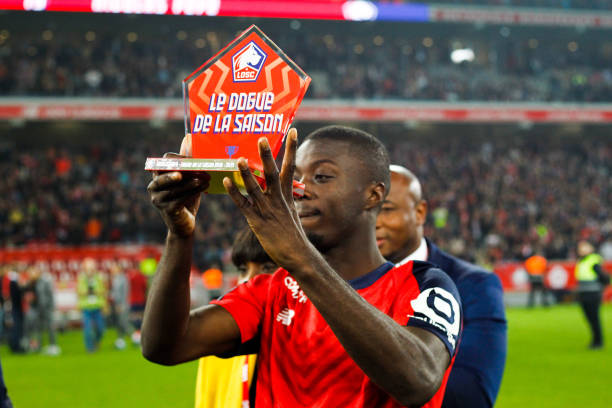 The gunners have in the last few days been linked with highly rated Lille winger Nicolas Pepe and the Arsenal fans can’t believe that they might get him since it was deemed impossible after they failed to get into this year’s UEFA Champions League.

Nicolas Pepe scored 22 goals and made eleven assists in the French Ligue one last season and he has been one of the top players on this summer’s transfer window and he has been linked with a number of clubs but Arsenal were a few days reported to be ahead of other clubs after it had its £72million bid for Pepe accepted.

After those ground breaking reports of the gunners having their offer accepted by Lille, most of those sources claimed that Nicolas Pepe’s final say was the only remaining part before a deal could be completed and it looks like the Ivorian international might have already made his decision as per reports in France.

Le10Sport which was the first to confirm Arsenal’s offer for Nicolas Pepe has in the last few hours exclusively confirmed that the Lille attacker will be coming to the Emirates Stadium as the offer from the North Londoners has suited him more than what he was given at Napoli. The report also reveals that Manchester United and Paris Saint Germain tried to do a last-minute approach but were however late hence the gunners getting their man.

Report: The latest on the Kieran Tierney to Arsenal deal