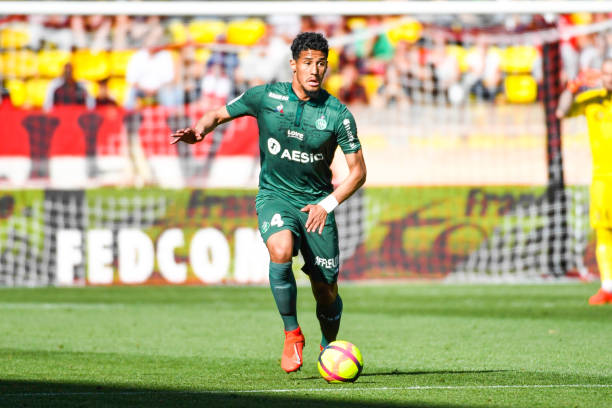 Arsenal has been in the pursuit of William Saliba since May and have been in negotiations with Saint-Etienne all this time to get his signature. The gunners recently looked set to complete the signing of Saliba a few weeks back and even agreed personal terms with the player according to French sources until a new report broke out saying that Tottenham Hotspur had outbid the gunners.

William Saliba broke into the Saint-Etienne starting eleven last season and the 18-year-old is considered to be among the best top prospects in France and the gunners want to secure his signature before other clubs snap him up. Arsenal had agreed to loan the young defender back to Saint-Etienne for one more season since it was a condition set by his club in order to sign him this summer. The deal was progressing well until Spurs went into the mix.

Tottenham Hotspur last week outbid the gunners by offering €30million without bonuses and it was claimed that Saint-Etienne would accept this offer but this same source, RMC Sport has today confirmed that Arsenal has also matched the bid of their North London rivals. The report also claims that William Saliba will now also have to make a decision on whether to join Arsenal or Tottenham Hotspur since both clubs have bid the same amount.

Saint-Etienne are reportedly hoping that Arsenal and Tottenham Hotspur go into a bidding war for William Saliba since they will be hoping to get the best deal possible. So as it stands, William Saliba might have the final say on the club he wants but rumours claim that he prefers a move to the Emirates Stadium.