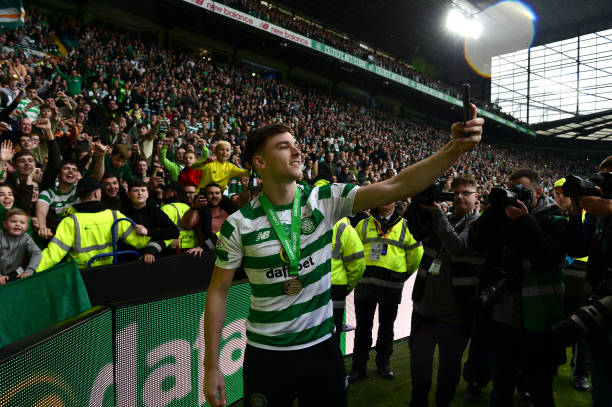 Kieran Tierney is among Arsenal’s main summer transfer targets and the gunners have been in talks with Celtic for over two weeks now but the Arsenal fans are worried that this deal might not go through as Napoli have also entered the race for the signature of the Scottish international.

The gunners want to sign a new left back in this summer transfer window because Unai Emery wasn’t happy with the performances of Sead Kolasinac and Nacho Monreal last season. The North Londoners have then identified Celtic fullback Kieran Tierney but they however had their first bid of £15million rejected by the Scottish club.

There has been some new reports which claim that Napoli could outbid the gunners and the Arsenal fans have started panicking that they might lose out on Tierney but a new report by the Mirror could be good news for them as it claims that the gunners will make a second bid that is believed to be around £22million to secure the signature of the Celtic left back. This will definitely make the negotiations progress between Arsenal and Celtic which seemed to have stalled in the last seven days.

The report does not reveal if Celtic will accept this offer because it’s well-known that they want atleast £25million in order to let go of Kieran Tierney and this was even confirmed by their manager Lennon as he said that Arsenal’s first offer was too low to be considered. The gooners will be hoping that the reports that Napoli are also interested in him turn out to be false as the Italian club could offer Tierney UEFA Champions League football while the gunners can’t.