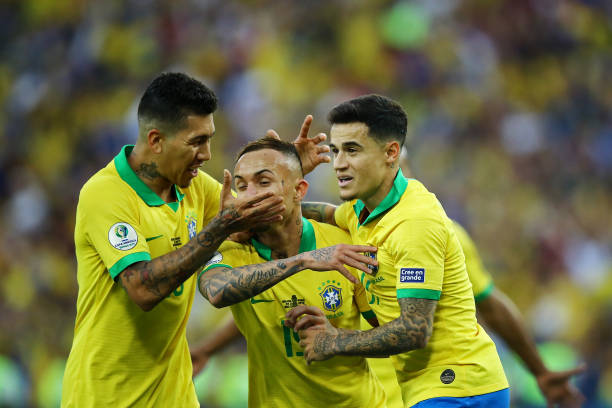 The transfer window opened in May last year and the gunners have so far signed only Gabriel Martinelli and are now working hard to bring in new players after the announcement of Edu Gaspar as their first technical director.

It was obvious that Arsenal would go into the South American market because of the appointment of Edu Gaspar and the gunners have in the last few days been linked with a move for Gremio winger Everton Soares who was the top scorer at the 2019 Copa America.

The gunners are understood to be interested in Everton Soares since he is a talented winger and, it’s now being reported by Fox Sports Brazil that Arsenal has sent a doctor to go and do a medical on Everton in Brazil. Edu Gaspar was the coordinator of the Brazilian football federation and some reports in Brazil claim that he had already made enquiries with Gremio over the possibility of signing Everton Soares even before the gunners had announced him as their technical director.

The report did not confirm if Arsenal have submitted a bid to Gremio but most reports in Brazil claim that he is valued at around €35million by his club. Everton Soares’ dad did hint that his son would be joining a Premier League club in this summer transfer window since he has attracted a lot of interest after his incredible performance in the 2019 Copa America. It’s however surprising that Arsenal sends the doctor to Brazil to do the medical there on Everton Soares, maybe they want him to join the squad in USA after completing the deal?

Dani Alves makes an interesting statement after getting linked to Arsenal