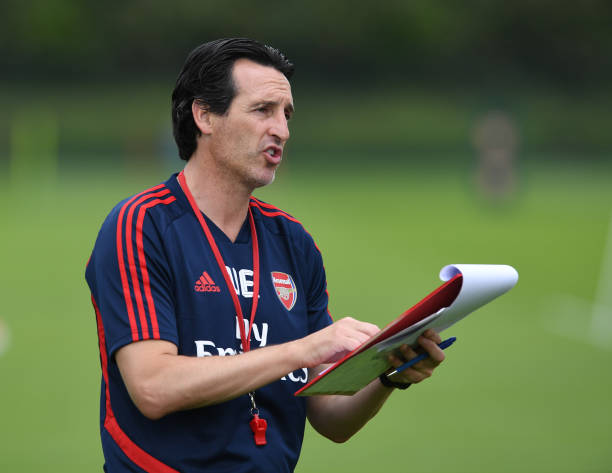 Arsenal’s summer transfer business has been a bit slow than usual but it looks like the North London club will try to get most of its transfer targets since they have now appointed Edu Gaspar as their technical director. The gunners have so far signed only Gabriel Martinelli who is just a teenager but there’s a high chance that he might be in the first team.

One of the main reports that has circulated today is that William Saliba to Arsenal is a done deal but the gunners have however agreed the condition of loaning him back to Saint Etienne for the 2019/20 season. So what next for Arsenal after securing the signature of Gabriel Martinelli and William Saliba (still unofficial).

Luckily for the gunners, BBC journalist David Ornstein who is hugely trusted by the Arsenal fans since he apparently has links to the club has released a report detailing what the North Londoners plan to do in this summer transfer window.

WILLIAM SALIBA NOT THE ONLY CENTRE BACK TO BE SIGNED

William Saliba is reportedly a done deal and an announcement will soon be made but the Arsenal fans have been worried that the club hasn’t signed a defender that joins them this summer when they already have a poor defence. David Ornstein has however claimed that Arsenal will try to sign one more centre back in this transfer window but it is however unknown who that will be as the gunners have in the last few days only been linked with Saliba.

KIERAN TIERNEY’S DEAL IS NOT DEAD

GLASGOW, SCOTLAND – MAY 19: Kieran Tierney of Celtic with the League Trophy during the Ladbrokes Scottish Premiership match between Celtic FC and Heart of Midlothian FC at Celtic Park on May 19, 2019 in Glasgow, Scotland. (Photo by Mark Runnacles/Getty Images)

Kieran Tierney has been on Arsenal’s radar for more than a month now but there hasn’t been a concrete report about this matter ever since it was confirmed that Celtic rejected a £15million deal from the North Londoners. Arsenal fans are fully behind this move because they can’t take another season with Kolasinac and Monreal as their only left back options.

David Ornstein has confirmed that Arsenal is still in talks with Celtic over the signature of Kieran Tierney despite unconfirmed reports which claimed that the gunners had pulled out.

It’s probably common knowledge that Arsenal want to sign a new winger in this summer transfer window and they have been linked with many of them like Zaha, Malcom, Fraser and Vazquez and many more of others. However, it’s interesting that Ornstein mentioned a central midfielder as most believed that the club wouldn’t want one since it has promoted some youngsters that can play centrally.

Celtic speaks out on Kieran Tierney amid Arsenal’s interest