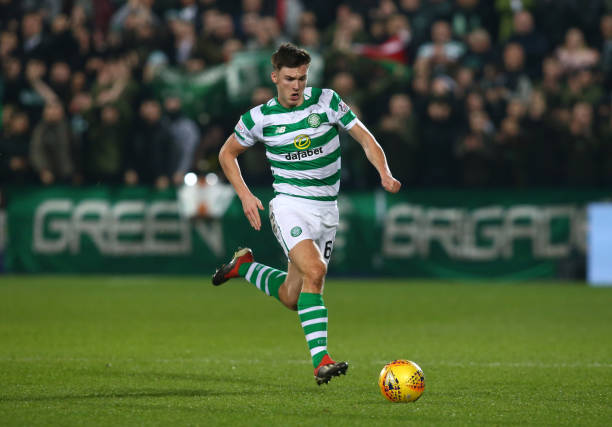 The gunners have so far signed only Gabriel Martinelli and Unai Emery has made it clear to the Arsenal chiefs that he wants a new left back in this summer transfer window after both Sead Kolasinac and Nacho Monreal failed to impress him last season according to reports. Arsenal has then identified Celtic’s Kieran Tierney as the ideal left back that would suit Emery’s style but his club wants to give the gunners a hard time.

Arsenal submitted a £25million bid for Kieran Tierney on Friday and the Scottish Sun has confirmed that this offer has been rejected by Celtic because they were not happy with the structure of the payment, the report however claimed that a third bid was expected in the coming days, this source has been spot on with the news about the Scottish international. It looks like Arsenal’s failure to have a good transfer budget could affect them so much in this transfer window since as in this Kieran Tierney case, the £25million bid would have been accepted if the gunners used a payment structure that is beneficial to both teams.

Arsenal will probably complete the signing of Kieran Tierney before the summer transfer window closes but it looks like this transfer saga could go on up-to the final week of this window.