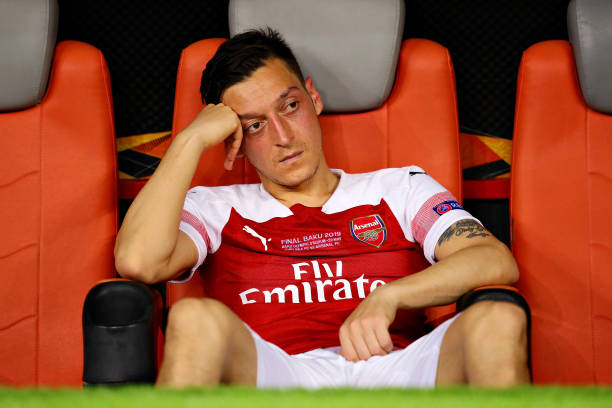 Arsenal has been very slow in its dealings in this transfer window and some of the fans thought that Mesut Ozil would be among the players that would have already been sold since he under performed last season. Unai Emery also showed last season that he isn’t happy with Ozil’s performances last season by leaving him out of the matchday squad numerous times.

The gunners offered Mesut Ozil a big money deal in the 2018 January transfer window but he has however failed to prove that he deserves to be the highest paid Arsenal player. Arsenal hasn’t been linked with many players that can replace Mesut Ozil but Hakim Ziyech has been one of the names mentioned that have the capability to replace the German international if he gets sold this summer.

Hakim Ziyech is an exciting player who was very impressive for Ajax last season and fortunately for the gunners, the Moroccan international did openly speak about his dream of playing for the North Londoners.   Ajax sporting director and as well as Arsenal legend Marc Overmars has urged the gunners to sell Mesut Ozil this summer and sign Hakim Ziyech who he claims to be better than the World Cup winning star.

AMSTERDAM, NETHERLANDS – MAY 08: Hakim Ziyech of Ajax celebrates after scoring his team’s second goal during the UEFA Champions League Semi Final second leg match between Ajax and Tottenham Hotspur at the Johan Cruyff Arena on May 08, 2019 in Amsterdam, Netherlands. (Photo by Dan Mullan/Getty Images )

“I believe Hakim Ziyech is better than Mesut Özil. I would advise Arsenal to sell Özil and buy Ziyech for half of the money, but they didn’t listen to me. Now there’s a good chance Hakim will stay at Ajax for another season.” Marc Overmars told a AD.nl.

The statement by Marc Overmars is really interesting as he speaks when he is the current sporting director of Ajax and some could interpret it as him sending a come get him message for his player who hasn’t attracted a lot of interest as expected.

Mesut Ozil still has two more years on his current contract at Arsenal and he hasn’t attracted any interest as he is now old and on huge wages hence making him unsaleable. So the gunners are stuck with him and might not sign Hakim Ziyech.