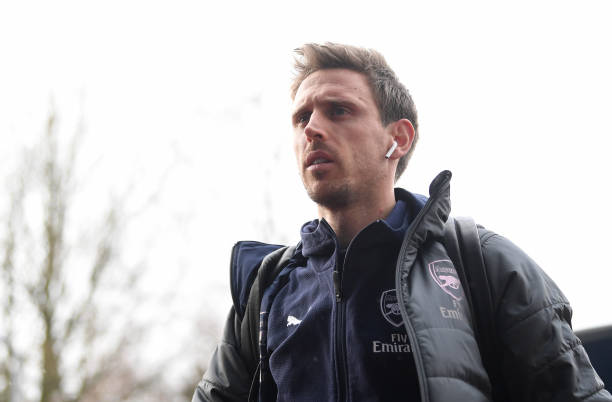 Nacho Monreal has been at Arsenal for six years now and he has been a great servant for the North Londoners but he has however started declining and Unai Emery didn’t use him in his main position (LB) last season for some right reasons.

Nacho Monreal’s contract at the Emirates Stadium was supposed to end this summer but The Sun has now reported that Arsenal has extended his deal for one more year with an option to extend it for one more year again in the 2020 summer transfer window. The report also claims that the deal will be announced to the Arsenal fans in due course despite the earlier reports that had claimed that the left back would return to Spain in this summer transfer window.

This report has however brought some panic in the Arsenal fanbase because the gunners are reportedly on the pursuit of Kieran Tierney who is a left back and the club renewing the deal of Monreal sees some gooners say that the gunners won’t be signing the Celtic star. So, does Monreal’s contract renewal stop Arsenal from signing Kieran Tierney?

Well the answer is NO. The current reports claim that Arsenal is still in pursuit of Kieran Tierney and that the club will make a second bid for him and will be hoping that it meets Celtic’s demands. Monreal’s getting a contract renewal means that Arsenal will sell Sead Kolasinac this summer in order to sponsor the deal of Tierney as the Bosnian international isn’t great when played as a left back because he’s defensively poor. The other reason why the club could choose to ditch him over Monreal is because he’s on high wages after arriving at Arsenal in 2017 on a free transfer.

Kolasinac was not played in a back four many times last season by Unai Emery because the Arsenal boss doesn’t trust his defending and always opted for Monreal who was older and slower whenever the gunners played using a formation that utilises a back four. Kieran Tierney is however a versatile left back that is great at defending and going forward and it’s widely reported that Emery wants to go back to a formation that uses a back four hence Kolasinac being put on the market. So Monreal’s contract renewal won’t affect Arsenal’s pursuit of Kieran Tierney as he will be a back up for the Scottish international.

Arsenal reportedly on the verge of signing a Real Madrid flop