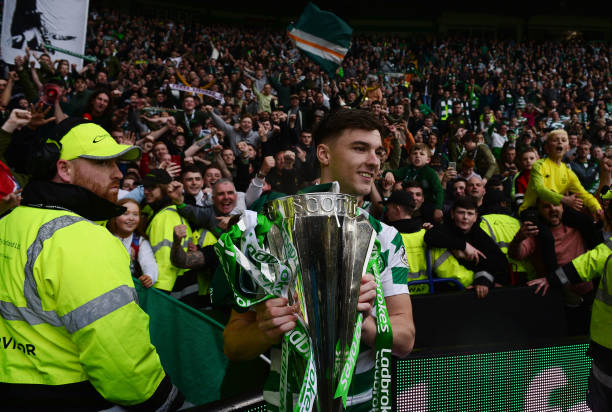 Kieran Tierney has been on Arsenal’s radar for over a month now and the gunners have so far had two bids rejected by Celtic and are yet to submit a third one. Arsenal boss has reportedly told the club to try to bring in a new left back this summer as his side lacked a quality one last season.

Kieran Tierney is just 22 years old and is one of the best youngsters in Scotland at the moment and the gunners want to bring him at the Emirates Stadium this summer but his club Celtic have been firm on keeping him as the recently rejected bid met their evaluation of the player but they rejected it because of the structure of the payment claiming that the gunners added unrealistic add-ons.

Sky Sports has however released a new update about the Kieran Tierney saga, claiming that Arsenal is increasingly confident that it will complete the signing of the Scottish left back before the transfer window closes. The report also claims that both parties believe that the deal will go through once the third bid will be submitted as the two clubs have been in negotiations for days.

The gunners are currently on the verge of completing a big money transfer of Nicolas Pepe to Arsenal and this will probably make the Kieran Tierney deal to be a bit slow but most reports in England claim the North Londoners will be hoping to complete both of these deals in the next few days. It will be interesting to see if the gunners do bring Kieran Tierney to Arsenal.

Arsenal makes a breakthrough in its pursuit of Nicolas Pepe