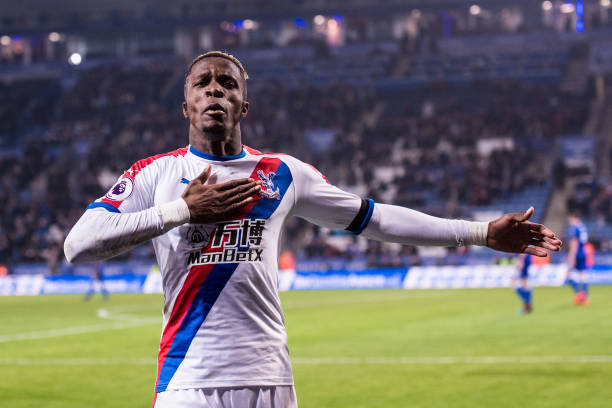 Wilfried Zaha has been linked with a move to Arsenal for over a month now and the gunners are yet to submit a second bid after their £40million bid got rejected by Crystal Palace. Arsenal’s boss Unai Emery is reportedly a big fan of Wilfried Zaha.

Wilfried Zaha’s Ivory Coast got eliminated from the African Cup Of Nations about a week ago and the gooners were expecting to hear more news about his future since he had said that he wanted to focus on the tournament despite his future at Crystal Palace being uncertain. Sky Sports is now reporting that Wilfried Zaha has informed Crystal Palace that he wants to leave in this summer transfer window amid interest from Arsenal.

The report also claims that Wilfried Zaha is still Unai Emery’s no.1 transfer target and so the Ivorian international will be hoping that the gunners submit a second better offer as Crystal Palace have all the power to reject most bids as he is under a huge contract and they need to get a lot of amount from him since Manchester United have a 25% sell on clause.

Wilfried Zaha’s brother said a few weeks back that his sibling has always wanted to make his dream move to Arsenal and that he was hoping that Crystal Palace would reach an agreement with the gunners but the North Londoners have however cooled down their interest in him ever since Edu Gaspar got appointed.

Interestingly, this report also claims that Wilfried Zaha wants to leave Crystal Palace to prove himself at a big club and even if it meant that he would not join Arsenal so this could be a hint that the gunners could have moved on from him.

Finally: William Saliba to Arsenal is a done deal