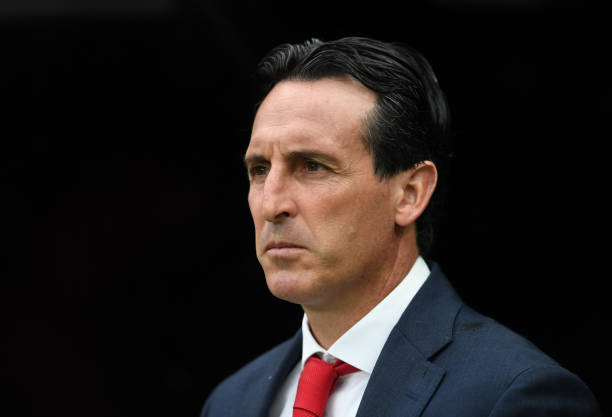 Arsenal will on Saturday welcome Burnley at the Emirates Stadium and they will be hoping to get all the three points from this game since it will be the first time this season that they will be with their home support. Burnley are usually a tricky team but the gunners will definitely be confident that they can beat them unless…………..?

The Premier League has announced the referees that will officiate the game week 2 matches and Mike Dean has been selected to officiate Arsenal’s match against Burnley and the gooners have of course not taken this news well as they believe that he has always made wrong decisions in their games.

The Arsenal fans have often accused Mike Dean of being a Tottenham Hotspur supporter but they will however be happy that he will be working with a Video Assistant Referee (VAR) so maybe there won’t be any decision which the gooners will find dodgy.

HERE ARE SOME REACTIONS FROM ARSENAL FANS AFTER GETTING TO KNOW ABOUT MIKE DEAN OFFICIATING THEIR GAME.

#Arsenal vs #Burnley
This is hoping it's not gonna be the Mike Dean show. ???? pic.twitter.com/Saa4UVOXep

Ahh ,Arsenal game against Burnley will be held under the watchful eyes of Mike Dean!!!
VAR could never????

The ref for the first game was quite bad, he kept booking Arsenal players for almost every tackle, but watch Mike Dean upstate him. https://t.co/vgJH5tTxW0

Mike dean we're finished, that man nah something else… https://t.co/LSJHa5FX4H

It’s safe to say that the Arsenal fans don’t like and trust Mike Dean.

Aubameyang speaks out on his upcoming partnership with Lacazette & Pepe