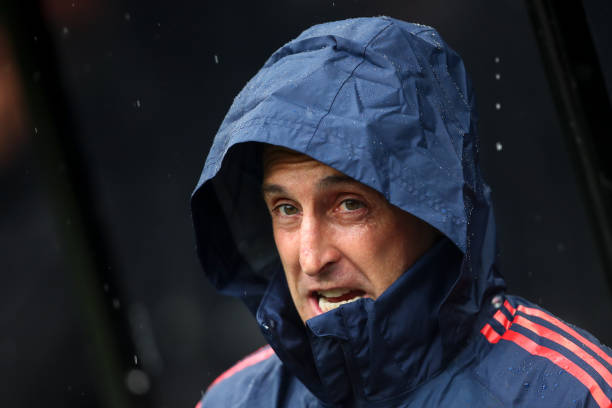 Arsenal had a successful transfer window as they brought in six new players namely; Gabriel Martinelli, Dani Ceballos, William Saliba, Nicolas Pepe, Kieran Tierney and David Luiz. Saliba was loaned back and Kieran Tierney is injured so these two weren’t in the match day squad that faced Newcastle United.

Arsenal’s first Premier League match of the 2019/20 campaign was against Newcastle United and the fans were hoping to see some of their new players in the starting eleven but Unai Emery opted to instead giving chances to Joe Willock, Reiss Nelson and Calum Chambers. Most people expected the gunners to quickly start David Luiz even though he arrived a few days ago because the gunners have a poor defence but Unai Emery made a huge gamble by selecting Calum Chambers as a centre back yet he played as a midfielder for Fulham last season .

Unai Emery has given an explanation as to why David Luiz wasn’t in the starting eleven even though he was fully fit to play.

“David Luiz did pre-season with another team and he is okay to play physically but he only trained completely with us yesterday. On Friday he did 30 minutes with us.” Unai Emery told Arsenal.com.

Nicolas Pepe became Arsenal’s record signing last month after arriving from Lille for £72million and he has been training with the gunners over the last few days but he however didn’t play in the pre-season game against Barcelona but gooners hoped he would be ready for the Newcastle game, but Unai Emery has said that the reason why he didn’t start is because he is not yet 100% fit.

“Nicolas Pepe came one week ago and physically he needs to get his best fitness to be ready to play 100 per cent for 90 minutes. I think that today 20 minutes is good for him.” said Unai Emery.

And on Dani Ceballos, Emery confirms that the young Spanish international received a set back after he got an injury in the pre-season game against Barcelona.

“And Ceballos is in the middle because he came before Pepe but he got an injury and he stopped training. But he needs to know the Premier League, so today was important for him and for us.” said the Arsenal boss.

Unai Emery speaks out on Arsenal’s win over Newcastle United