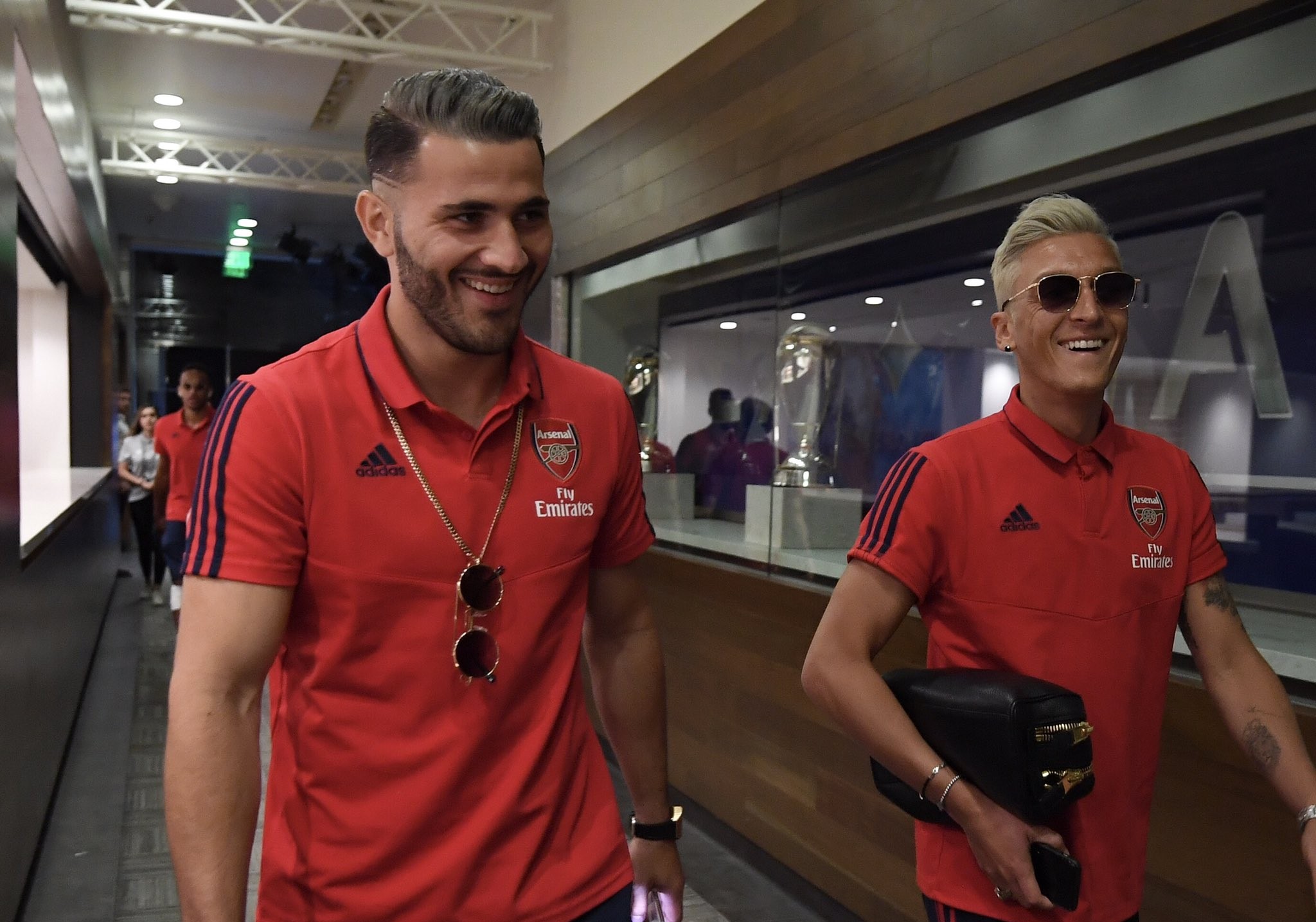 Mesut Ozil and Sead Kolasinac did not take part in Arsenal’s first game of the season because they were security concerns about them since the incident in which they got attacked by robbers a few weeks back has gotten worse according to reports. So these two were excluded from the squad that traveled to Newcastle for the season opening game.

Arssnal will this weekend welcome Burnley at the Emirates Stadium and Unai Emery has just concluded his pre-match press conference and he has confirmed that both Sead Kolasinac and Mesut Ozil have restarted training and also claimed that they are 100% mentally ready to play for their team.

“They came back training with us on Tuesday, they came to start training with us, we had it off. Mesut Ozil is a little sick, he didn’t train yesterday.” Unai Emery told Football.London.

“Each training gives us good information, different options with them. Am I pleased to have them back? Of course.”

This is certainly good news for the Arsenal fans because they were worried that they could miss Saturday’s game since they were missed in their 1 nil win over Newcastle United last weekend. Unai Emery will also be mostly happy that Mesut Ozil is back in the squad because the German international was class during the pre-season matches so hopefully that spark that was on him hasn’t worn out as he is such a talented footballer on his day.

There were a report a few days which claimed that Mesut Ozil had increased security at his home and that Sead Kolasinac had sent his wife and dogs to Germany for safety reasons but maybe the situation has calmed down now as they have started training.

Kieran Tierney tells Arsenal fans on what to expect from him