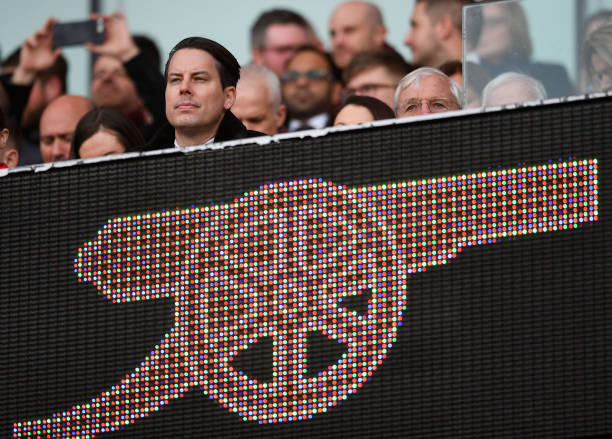 The gunners had a successful summer transfer window as they brought in six new players, namely: Gabriel Martinelli, Dani Ceballos, William Saliba, Kieran Tierney and David Luiz despite many reports claiming that they had a budget of £45million.

Arsenal fans were unsettled in the first few weeks of the transfer window as they believed that their current owner Stan Kroenke didn’t care about their club and then wrote a letter to him claiming that they were hugely frustrated by many things that were happening at the club. Arsenal then went on to sign more players after Josh Kroenke, who is Arsenal’s director replied to the letter from the fans claiming that they were passionate about the club.

Arsenal had a nice summer transfer window and the fans were satisfied with it and Josh Kroenke has however gave the gooners a new promise about the next transfer window which will officially open in January. Josh Kroenke says that they will see on gaps in the squad at that time and then do some business.

“As for January, I don’t want to get ahead of ourselves. We’ve got to evaluate some things in the short term and figure out where we might need to address going forward, so when January does roll around we’re going to be proactive again.” Josh Kroenke told BBC SPORT.

Arsenal fans will be hoping that Josh Kroenke keeps his promise when the January transfer window opens because the gunners would surely be in this year’s UEFA Champions League if they signed some new players in the 2018 winter transfer window instead of pursuing a loan move for Denis Suarez who failed to adapt to the Premier League.