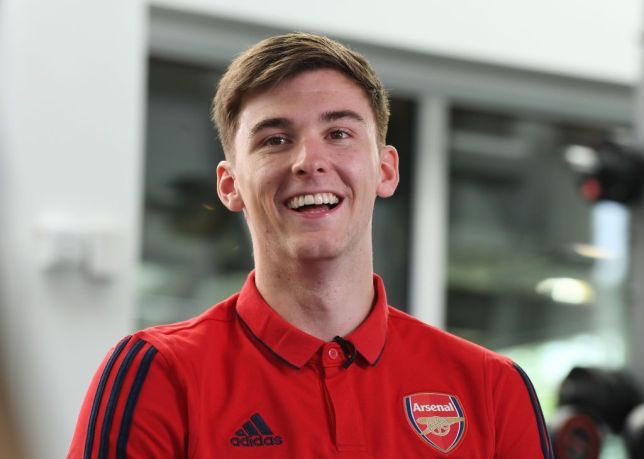 The gunners completed the signing of Kieran Tierney on deadline day after having been linked with him for more than two months. Most of the Arsenal fans are excited with this signing and can’t wait to see him in action when he is fully fit to play.

The signing of Kieran Tierney has been welcomed well by the Arsenal fans because Nacho Monreal is now too old to play in the left back position and Sead Kolasinac is more of a wing back than a LB, and he also can’t defend well. Kieran Tierney will be important to Unai Emery as well as he wants full backs that could attack as well as being defensively solid and the former Celtic man fits all these requirements.

Kieran Tierney joined Arsenal for £25million and there are huge expectations from him and he has also sent a message to the fans telling them how he is a hard worker that will always give his all for the North Londoners when he is fully fit to play.

“I work hard, that’s all I can say: I work my hardest every game, I give all I’ve got and I wear my heart on my sleeve all the time. That is honestly all I can give.” Kieran Tierney told Arsenal Player.

“I’ll be looking forward to hopefully get a partnership with whoever is on the left and whoever is centre-back – partnerships all over the pitch and friendships too.”

The gooners will be hoping to see him soon in action for the first time in Arsenal colours as he is such a talented fullback that could improve Unai Emery’s team. Kieran Tierney has already started becoming a fan favourite at Arsenal as he has shown that he has a great personality.