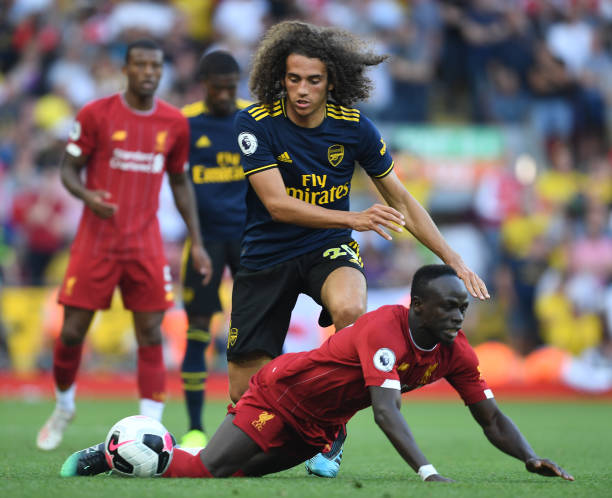 ( Liverpool vs Arsenal / Photo via Getty )

The gunners faced Liverpool yesterday and they lost the match 3-1 thanks to a terrific performance from the home side who showed once again why they are the European Champions. The gunners will not be too disappointed with themselves but Unai Emery has however faced criticism from fans on the formation and lineup that he usesd.

Arsenal started with a weird lineup which consisted of four midfielders but the good thing was that Nicolas Pepe received his first start as a gunner. Liverpool had most of the possession but were unable to score as the gunners put on a great defensive display in the first 30 minutes. Arsenal also got a few goal scoring chances through Aubameyang and Pepe and the best one landed to the Ivorian international who quickly started a counter attack and did everything right but failed to find the back of the net.

Arsenal were then later punished by Liverpool via a corner as Matip headed home to give the home side the lead in the first half. Unai Emery did not put in any substitutions at the start of the second half. Liverpool kept pushing and got a penalty after David Luiz pulled the shirt of Mohamed Salah, the Egyptian international took the penalty and made it two for the Reds.

The Arsenal team now looked lost and Mohamed Salah punished them beautifully as he scored an outstanding goal thanks to a great move by him to make it 3-0. Unai Emery later brought in the likes of Torreira, Lacazette and Mkhitaryan. The gunners then later got a consolation goal via Lucas Torreira but there wasn’t any more time to push for two more goals.

The match ended 3-1 in favour of Liverpool and the gunners will now have to keep waiting for their first away win over a top six side since 2015.