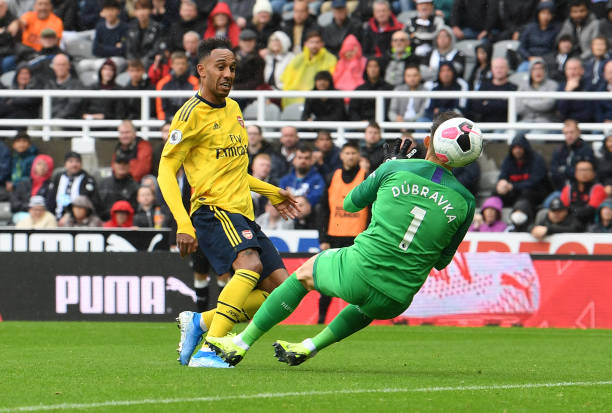 Arsenal start the season with a 0-1 win over Newcastle United thanks to a second half goal from Pierre-Emerick Aubameyang. The gunners will definitely go back to London with a smile on their faces because they didn’t only win but also got a clean sheet away from home, and that’s something that didn’t happen a lot last season.

Unai Emery selected a starting eleven that included Reiss Nelson and Joe Willock and even though the gunners struggled in the first half, these two youngsters did not disappoint the coach was they showed that they are ready to be with the seniors. Reiss Nelson was very impressive going forward and was starting incredible moves which were sometimes destroyed by Mkhitaryan.

Matteo Guendouzi started in a double pivot with Granit Xhaka and the 20-year-old has definitely improved his game as he was constantly making interceptions and also helping in the link of defence and attack. The gunners created a few chances in the first half and the most notable one was via Aubameyang who received a fantastic pass from Mkhitaryan but his shot was however saved. The first half ended 0-0 despite Newcastle United having been troublesome for the Arsenal defence.

Unai Emery didn’t make any changes at the start of the second half and the gunners came with the same game plan, tried to play from the back and tried to use counter attacks to score since Newcastle United were putting five defenders at the back. Arsenal finally got the breakthrough after Ainsley Maitland-Niles intercepted a pass and then sent in an incredible cross to Aubameyang who controlled it perfectly and put the gunners ahead at the St James’ Park.

Dani Ceballos was then later brought in for Joe Willock who by the way had a fantastic game and the Spanish international put in a good shift. Nicolas Pepe was brought in for Reiss Nelson and it showed why Unai Emery didn’t start him because he did not look fit. Martineli was also brought in with a few minutes to go and he looked hungry for the ball and was always looking to do something special.

Arsenal did not have a good game but Unai Emery will certainly be happy that this team got all the three points since half of their main squad did not play.