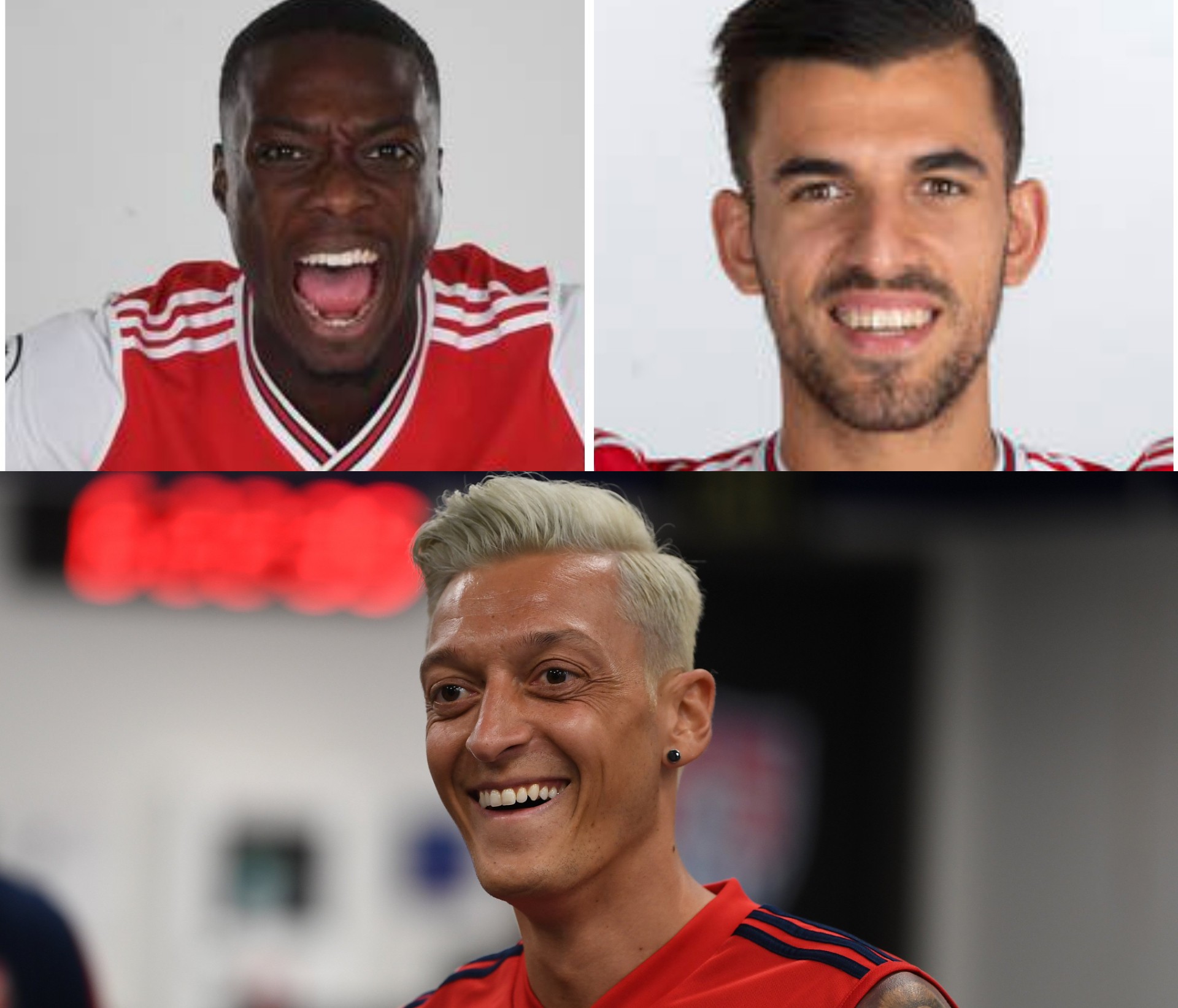 The new Premier League season is around the corner and Arsenal has already done some great business in this year’s summer transfer window as they have signed a centre back, winger, central midfielder and striker and most reports claim that they could add-on another CB and a left back.

New signings in every club always affect players that were already at the club and we today look at how the arrival of Nicolas Pepe and Dani Ceballos could see Mesut Ozil get benched for the majority of this season despite being Arsenal’s highest earning player in their books. So here’s a predicted Arsenal lineup that we could frequently see in this upcoming season with Kieran Tierney since the gunners could still get him before the transfer window closes.

Arsenal boss Unai Emery could start using this formation this season because that’s what he used at Paris Saint Germain and since he now has a proper option on the flank in Pepe then he could consider using it. Emery did try using this last season when he outed Mesut Ozil from the squad but it however failed to work since Alex Iwobi isn’t a great goal scoring winger and the gunners lacked creativity in the midfield.

However this time, Arsenal have signed Dani Ceballos on a loan for a full season and the Spanish midfielder can play as a 10 or 8 and Unai Emery has already confirmed that he will use him in these two positions. Dani Ceballos is a skillful, creative and press resistant player and has a great workrate which is something that Unai Emery values so he could start ahead of Ozil numerous times in this upcoming season.

It’s also worth noting  that Mesut Ozil is a natural no.10 and can’t function in this 3 man midfield, so it would definitely be a waste using him in it. The use of natural no.10’s is slowly dying in the past few years as modern coaches want no.10’s like Aaron Ramsey who can be creative and as well as being great at pressing.