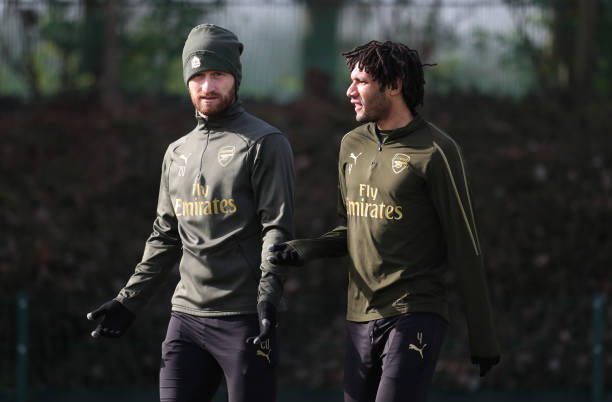 The summer transfer window hasn’t ended as Premier League clubs can still sell their players abroad even though their window has already closed. Arsenal has some players like Shkodran Mustafi and Mohamed Elneny that have been widely reported to be close to an exit and Unai Emery has today given an update about their future.

Shkodran Mustafi joined Arsenal in the 2016 summer transfer window for £35million from Valencia and even though he had a great start at the Emirates Stadium, his weaknesses were then later seen and he has since then faced a lot of criticism from the fans and he has already started getting booed. Mohamed Elneny arrived at Arsenal in the 2016 January transfer window and he has failed to break into the starting eleven under two managers and when he gets chances to play, he hasn’t done anything extraordinary.

Arsenal head coach Unai Emery recently faced the media ahead of Arsenal’s match against Liverpool and he has confirmed that he has already told Mohamed Elneny and Shkodran Mustafi to leave the club before the European transfer window closes in a few days from now.

“Last year with Mustafi and Elneny, when they didn’t play they weren’t happy. I spoke with them a lot of times last year and this pre-season and I think it is positive for them to leave and sign for another team where they can be protagonists and be happy and continue their careers.”

As of now, there hasn’t been any reports of interested clubs making bids for either of these two players but if what Unai Emery said is to be believed then it looks like the club wants to get rid of them in this transfer window.

Revealed: The truth about Unai Emery’s contract with Arsenal