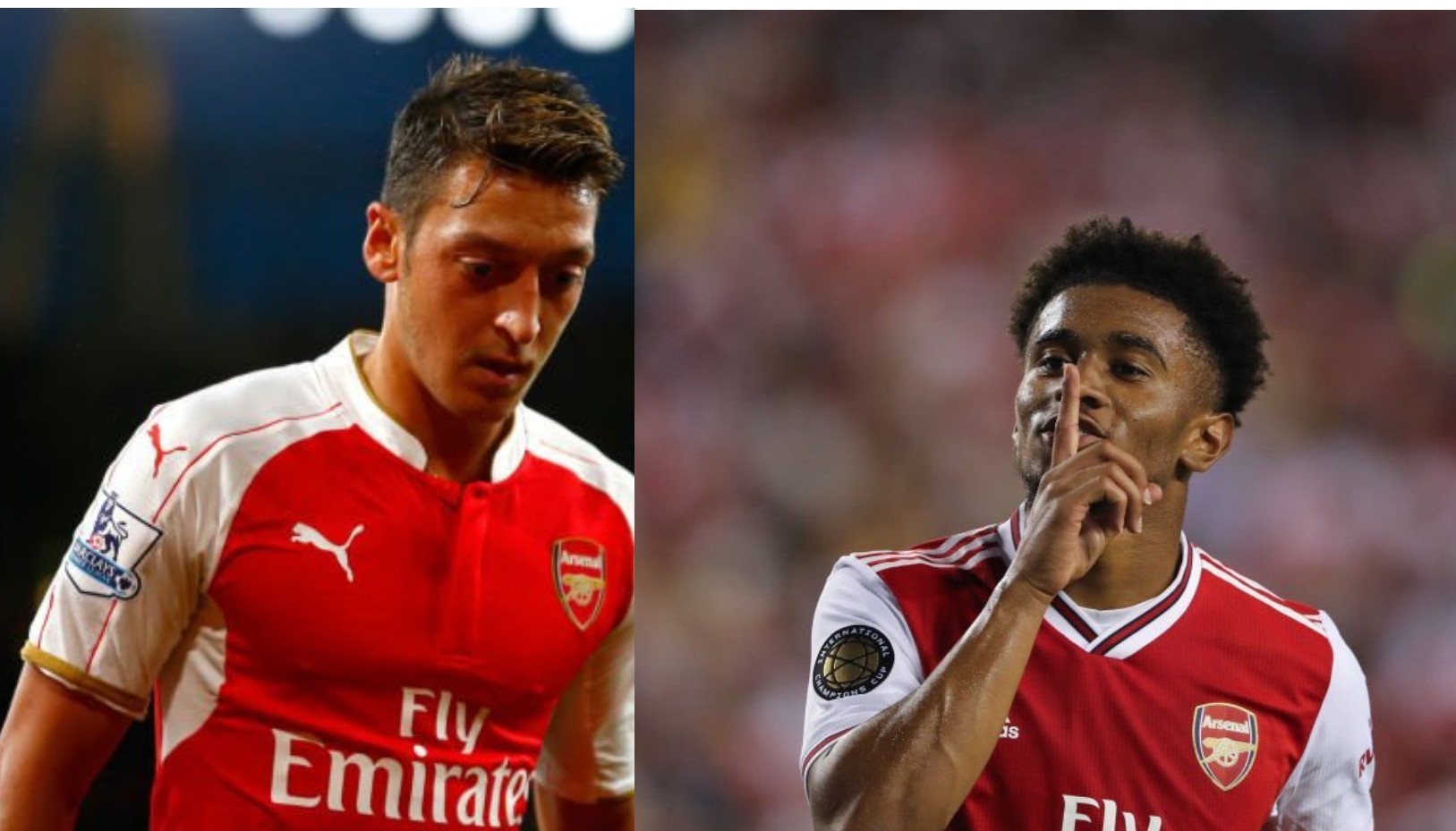 Arsenal has today confirmed that Alexandre Lacazette has been ruled out for atleast four weeks and so we are going to explore how this will help Reiss Nelson and Mesut Ozil to go into Unai Emery’s first starting eleven.

As you can see in the above lineup, Arsenal could go back to the 4-2-3-1 formation which is Unai Emery’s preferred formation and since Aubameyang would go into the striking role, then the gunners would need a winger so that’s where Reiss Nelson will come into the starting eleven. Reiss Nelson is a talented young winger and he is highly rated at the club and since Alex Iwobi left in the summer then the Englishman will get in the squad so that he can play on the left-wing while Pepe plays on the right.

Arsenal will need a central attacking midfielder if Unai Emery reverts to the 4-2-3-1 formation and the boss has two options in Mesut Ozil and Dani Ceballos. Mesut Ozil did show glimpses of brilliance in the pre-season matches but the gang attack on him and Kolasinac saw him go down the pecking order as he missed several training sessions due to security concerns.

However, Unai Emery might consider choosing Mesut Ozil over Dani Ceballos since the German international is better than the on loan Real Madrid midfielder, so if Ozil steps up and shows any consistency then the German international would have got back his position in his favoured system. We will clearly see what Unai Emery has in plan for Ozil and Nelson this Sunday when the gunners make a visit to Watford.