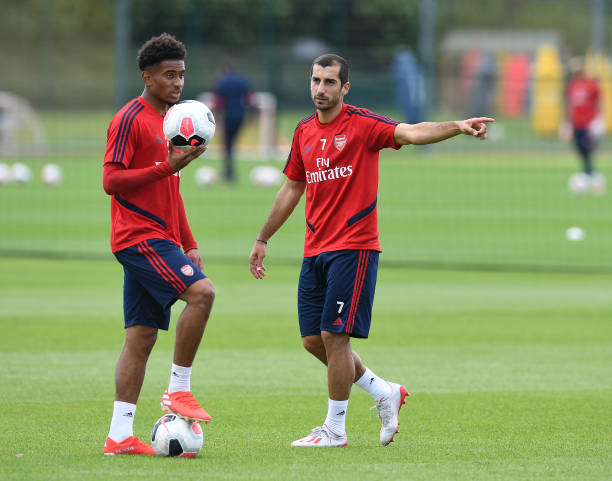 The 19-year-old had a successful loan spell in Germany last season and he has this season been promoted to the first team. Reiss Nelson has already made two appearances this season and almost got his first Premier League goal a few days ago but it was however ruled out for being offside.

Reiss Nelson will now be assured of chances this season because an injury to one of the front three would see him get into the starting eleven. Some reports claim that youngsters like Reiss Nelson are the reason why Mkhitaryan got loaned as the club wants to give chances to its academy graduates.

Gabriel Martinelli arrived at Arsenal in the summer transfer window and he can play as a striker and as well as a winger. He will also benefit from the departure of Mkhitaryan as this puts him closer to the starting eleven. For example, Martinelli wasn’t in the matchday squad that faced Tottenham Hotspur since Mkhitaryan took his position.

Other youngsters that will benefit from the departure of Mkhitaryan are Emile Smith Rowe who is able to play as a winger and Bukayo Saka will probably atleast get chances in the cup competitions. Arsenal boss Unai Emery will be hoping that these youngsters step up because they will surely need them at some point in the season.

How Emery can set up his team without Granit Xhaka

Report: The truth about Emery wanting to sell Bellerin rumours