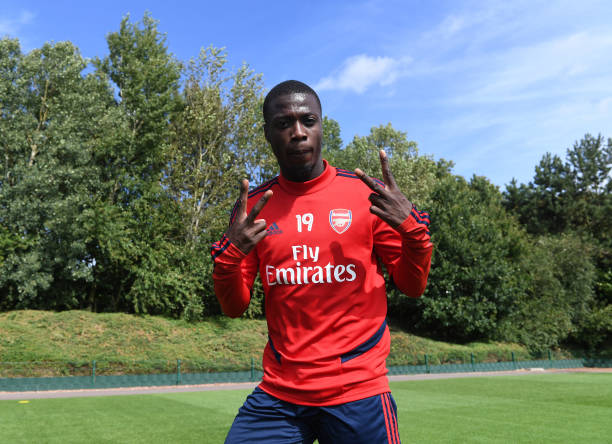 Arsenal signed Nicolas Pepe from Lille for £72million in the summer transfer window and the Ivorian international has had a poor start to the 2019/20 campaign as he has only scored one penalty goal and has made one assist in the Premier League. He hasn’t lived up to expectations of the fans in the matches that he has played in.

Nicolas Pepe has played in all of Arsenal’s Premier League matches this season so far but he has however been awful as his shooting has been poor and his end product has also not been good and so the fans have started questioning the club on if it was a good idea to spend £72million on him as he hasn’t shown that he is worth that amount.

Pepe has been heavily criticized by pundits and the Arsenal fans in the last few days after the had a disastrous performance against Manchester United at the Old Trafford but he has however spoken out claiming that it has been tough for him to adapt to the new league and country. The Ivorian international has also admitted that his stats aren’t good but says that his confidence must come back.

“It has not been easy, I must tell the truth. My stats have not been good enough or my usual performances, it is not the same as Lille or the Liverpool game earlier in the season.” Nicolas Pepe told RMC.

“My confidence must come back. I am not very worried. People may be worried about my statistics but I am not. I have to keep working as the level here is different [and] so is the laguage.”

“It is a new league for me and I must adapt quickly. But it won’t take very long.”

Aubameyang speaks out on their match against Manchester United