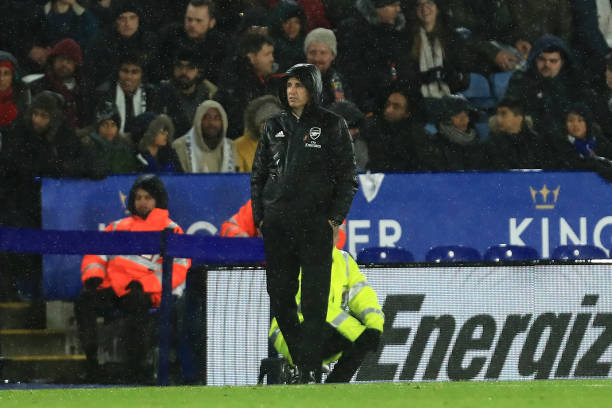 Arsenal have been poor this season despite spending a lot of money in the summer transfer window and the fans have started changing their thoughts on their boss Unai Emery because they thought that they would have been a stable side this season since he has been at the Emirates Stadium for atleast 18 months.

Arsenal recently lost 2-0 against Leicester City and the supporters of the club were hoping that this result would be enough to force their board to part ways with Unai Emery but the club has however announced that it still believes that the Spanish coach is the right man for the job despite the recent poor results which have seen them go into the sixth position with -1 goal difference.

Arsenal head coach Unai Emery was heavily criticized after the defeat against Leicester City because his side not only lost but also showed cowardice as they decided to try to be defensive against the on form Foxes despite having fantastic attacking players like Aubameyang, Lacazette and Pepe.

Here is the statement that the Arsenal board released about the recent results and Unai Emery.

“We are as disappointed as everyone else with both our results and performances at this stage of the season. We share the frustration with our fans, Unai, players and all our staff as they are not at the level we want or expect.” said Arsenal’s head of football Raul Sanllehi and managing director and Vinai Venkatesham.

“Things need to improve to meet our objectives for the season, and we firmly believe Unai is the right man for the job, together with the backroom team we have in place. We are all working intensively behind the scenes to turn things around and are confident we will.”

“We never take our fantastic support for granted. We hope we can all stick together and get behind the team in this challenging period, as together we are stronger.”

So as per this statement from the club, Unai Emery will be surviving this international break even though most believed that he would be sacked if the gunners lost to Leicester City. However, it’s worth noting that many clubs have released statements like this and still sacked managers after a short time so Unai Emery will now be under severe pressure to perform.