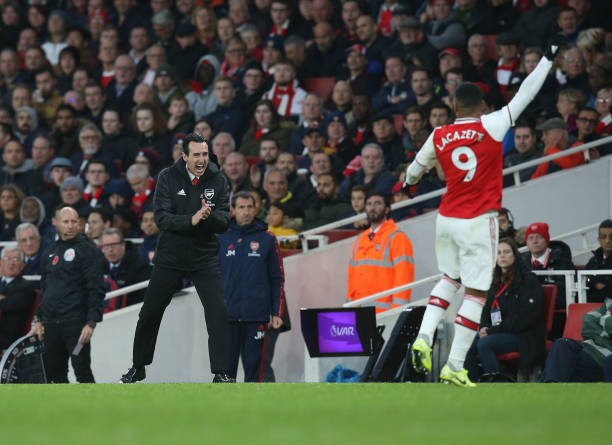 Arsenal have today once again dropped points after surrendering a lead against Wolverhampton at the Emirates Stadium. This draw puts Unai Emery in a tough position because the Arsenal supporters have begun calling onto their board to relieve the Spaniard of his duties since he has failed to get the best out of their talented squad.

Arsenal came into the match against Wolves with the hope of getting a win in order to get close to the Premier League top four and they were the first to score through Pierre-Emerick Aubameyang but the visitors equalised in the second half and could have stolen all the three points if they were clinical in front of goal.

Arsenal head coach Unai Emery has in the last few weeks come under scrutiny for the way the gunners are playing, with most fans claiming that he is making their team play negative football yet they still managed to play free-flowing football in the last years of Arsene Wenger. Unai Emery was today asked in the press conference if he is job is under threat and he’s what he had to say.

“I am very demanding myself. I feel responsibility to work.” Emery told the reporters.

When asked about the booing from the fans at full-time, he said;

“I am as frustrated as them. We did all we speak about it before the match.”

Arsenal have only won twice in their last nine Premier League matches and what’s frustrating the fans most about Unai Emery is that his side keeps throwing away wins and his substitutes have been questionable.

Arsenal board makes its decision on Unai Emery’s future