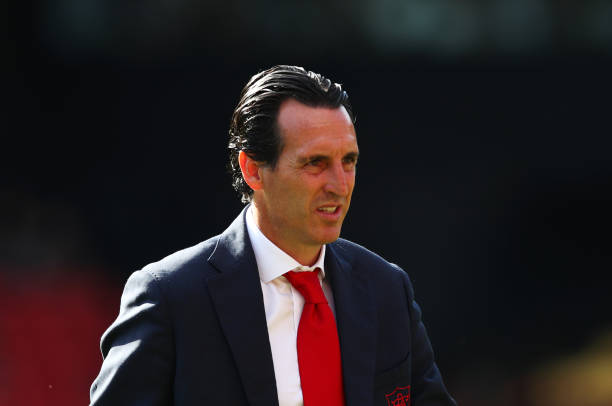 Arsenal have announced the sacking of Unai Emery just after having appointed him 18 months ago, the Spanish coach has seen his tenure at the Emirates Stadium ended after the gunners went seven matches without a win even though they were in leading positions in five of those matches.

The gunners revamped their squad with a great number of new signings in the summer transfer window and they were hoping that Unai Emery would be able to improve them in this campaign since Arsenal was so close to a top four finish last season but everything has fallen apart in the last few months, hence forcing the club to pull the trigger on Unai Emery.

Freddie Ljungberg who was one of Unai Emery’s assistants will be taking over as the interim coach as the gunners start the search for a new manager. In a statement released on Arsenal’s official website, gunners director Josh Kroenke thanked Unai Emery and his staff for everything that they’ve done in the 18 months that they have been here.

“Our most sincere thanks go to Unai and his colleagues who were unrelenting in their efforts to get the club back to competing at the level we all expect and demand. We wish Unai and his team nothing but future success.” said Josh Kroenke.

It is reported that Unai Emery had today begun the preparations for Sunday’s match against Norwich City but he was however told that he had been sacked by the club after the first season but he was however let to say goodbye to the players. Freddie Ljungberg will be in charge of Arsenal’s next Premier League match and maybe the final UEFA Europa League group stage match and then the club finally appoints a new permanent head coach.