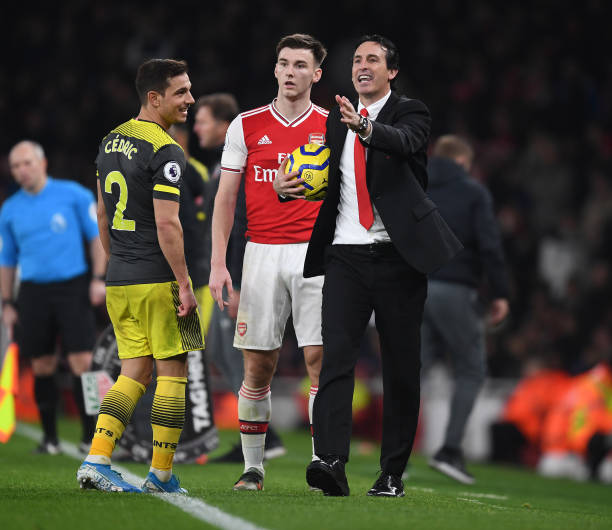 Arsenal have now failed to get a win in their last five Premier League matches and each game is showing how the former Paris Saint Germain boss has lost the plot at the Emirates Stadium as they were audible boos at the end of their 2-2 draw with Southampton on Saturday.

The gunners came into this match well knowing that they had to get all the three points to keep their Premier League top four hopes alive and they did the exact opposite of that by conceding two goals against 19th placed Southampton despite Unai Emery deciding to use a back three in the first half. Unai Emery is currently under severe pressure from the fans because he has now lost all the goodwill that he had at the start of the season since the team has stopped winning and got incredibly worse than last season despite getting some new players.

The Arsenal board released a statement two weeks ago claiming that they believe that Unai Emery is the right man for the job at the moment and it looks like that hasn’t changed as the Spanish boss said after the Southampton game that he still has support from the club.

“The club are supporting me every day and also I have a responsibility. I know I can do better, I can take more performances with the players and I’m going to try to do that.” Emery told Arsenal’s official website.

Unai Emery’s statement will definitely anger the Arsenal fans because the majority of the fanbase want him to be sacked become their next match which will be against Eintracht Frankfurt in the UEFA Europa League. It will be interesting to see what happens in the coming days but as per Emery’s statement, he’s safe.

Who is to blame for Arsenal’s current situation?