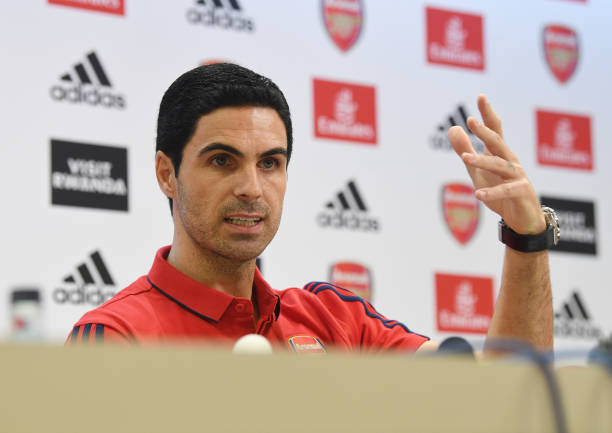 The gunners have appointed Mikel Arteta as their new head coach after partying ways with Unai Emery one month ago. This appointment has brought smiles back to the faces of Arsenal fans because there’s huge faith that Arteta might be able to make Arsenal play beautiful football once again since he has been learning under Pep Guardiola for three years.

Arsenal has been poor this season as they’ve now got only one win in their last 12 matches and they have now decided to appoint Mikel Arteta since he is highly rated with many prominent names claiming that he will be an outstanding manager in the future. Mikel Arteta has today faced the media for the first time as the Arsenal head coach and he has revealed the blueprint to how his side will be playing after his influence.

Aside from the results, Former Arsenal boss Unai Emery was also heavily criticized for making the gunners play horrible football and the fans will be hoping this changes with the appointment of Arteta. Mikel Arteta will be looking to do what the fans want as per his following statement about his vision.

“I want the ball, I want to attack them as much as possible, I want to prevent them from attacking me as much as possible. But as well, I think we have to create the right culture around the club that’s going to make a good living out of the players, create an environment where everybody respects each other, a humility and people have to be accountable for what we want to achieve.”

It will be interesting to see how Mikel Arteta does at Arsenal as its such a huge jump from being an assistant coach to the first team head coach. Fortunately, the majority of the Arsenal fans are behind him.