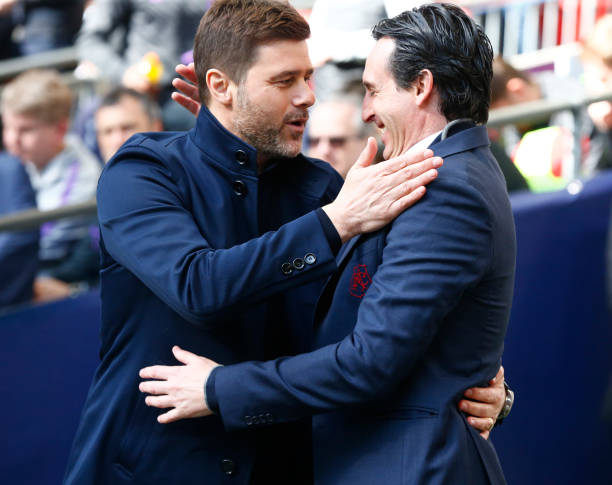 Arsenal finally parted ways with Unai Emery after just 18 months last Friday and was replaced by an interim, club legend and assistant head coach Freddie Ljungberg who picked up a 2-2 draw at Norwich in his first game.

The big question at the moment is who should be the next permanent manager of the club? Although director Josh Kroenke (son of Stan Kroenke) has admitted that the club are in no rush to appoint a new manager, it is a matter worth discussing whether Arsenal decide to appoint one now or in the near future to come.

A number of names have been mentioned and linked with the job such as Wolves boss Nuno Esperito Santo and former Juventus manager Max Allegri. The standout name we will look at is former Tottenham boss Mauricio Pochettino who was recently axed and is currently jobless. Despite being sacked last month the Argentine manager still has a firm reputation and has been linked with a job at several clubs across Europe. We will look at why he is the man Arsenal need.

Pochettino has managed two Premier League teams in the space of six years so he knows the demands of the Premier League. He managed Southampton and Spurs and managed to take the latter to a Champions League final and second placed finish in the League.

Pochettino speaks English quite fluently so there wouldn’t be any communication barrier with the players or difficulty during press conferences something that Unai Emery faced. Arsenal players publicly admitted they didn’t understand Unai at times.

Pochettino favours a very high-pressing, attacking style of football. He often employs a 4–2–3–1 formation at the clubs he manages. While doing so, he instructs his team to build from the back, intimidate and unsettle opponents with a quick-press system and work the ball into the box. This style is very suitable to Arsenal’s philosophy.

Pochettino is hailed by many pundits for his focus on developing local players from the clubs youth academies and a willingness to promote young players in general. It was also noted that many young players under his tutelage went on to play for the England National Team while the manager himself felt that it was his duty to develop English talent. This would be very essential for Arsenal who have so many young player with potential such as Guendouzi, Saka, Martinelli and Nketiah.

Only time will tell and soon we’ll find out who Arsenal’s new man at the helm will be or whether the interim impresses and gets the permanent contract, but the above information clearly states who Arsenal should appoint although he was once at bitter rivals Tottenham and it would require the club to pay a fee to Spurs should Arsenal wish to appoint him.

Analysis: The formation and lineup changes that Freddie’s Arsenal need to win