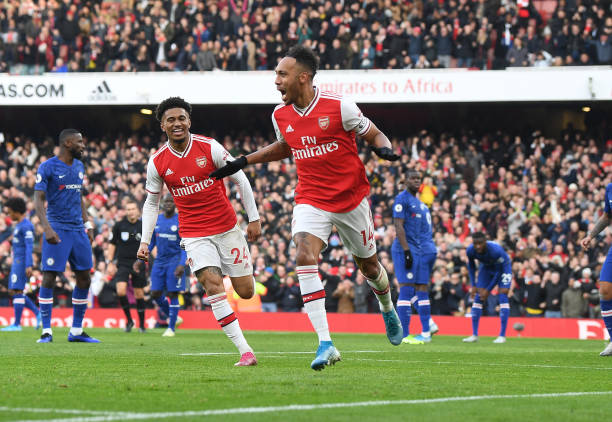 Arsenal striker Pierre-Emerick Aubameyang arrived at the Emirates Stadium in the 2018 January transfer window and he has turned out to be an impressive purchase as he has scored over 50 goals in just a short time. Aubameyang is Arsenal’s current top scorer but the gunners are however having a poor season and it’s now being reported that the Gabon international could be snatched by Barcelona.

Aubameyang has scored 14 goals in the Premier League this season but he has however refused to sign a new deal because he is not happy with the direction that the club is going in and it’s now being reported by Mundo Deportivo that Barcelona have made the 30-year-old their first choice transfer target in this winter transfer window since they will be hoping to get someone to replace Luis Suarez who has been ruled out for four months.

Pierre-Emerick Aubameyang became the joint top Premier League top scorer last season and he is also in the race for the golden boot this season despite the gunners having a horrible season, the report has also mentioned that Barcelona understands how it will be difficult to take him away from Arsenal now since he is the best player of the North London club.

Barcelona new head coach Quique Setién reportedly decided that he was going to go for a no. 9 after their 1-0 win over Granada since Luis Suarez who is out for a long time is usually among the top scorers of the Catalan club. Aubameyang has always spoke of how he wants to win trophies before his career ends and so it would be interesting to see if he would reject an offer from the LA Liga Champions.