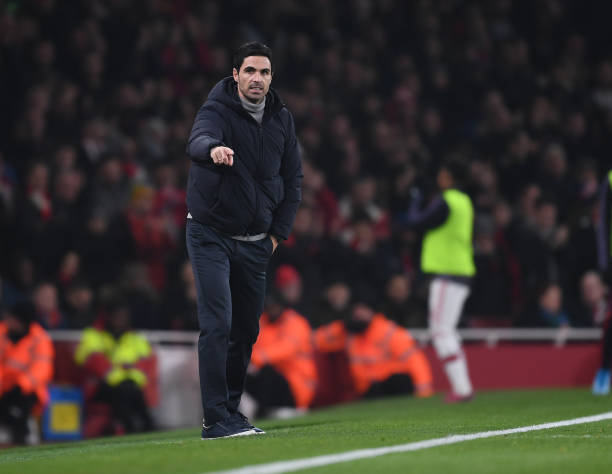 The gunners appointed Mikel Arteta as their new boss in December, 2019 and the Spanish international has already made a lot of changes to the Arsenal side that looked like it was regressing under Unai Emery.

Unai Emery spent 18 months at Arsenal and he was criticised for many reasons but one of the most important ones was that he failed to instill a playing style at the North London club and would rather try to change his tactics according to their opponents. Mikel Arteta has however been different from his predecessor as he has indirectly revealed how he is different.

Mikel Arteta admitted that he does watch what his opponents do but he however reaffirmed that he focusses more on the playing style that he wants to implement at Arsenal which is very different with Unai Emery as he would work more on how to minimise the strength of the opposition.

“We have three analysts here that look a lot at the opposition. I do it myself as well, I like my assistants to look at it.” Arteta told Football.London.

“But at the moment I’m focusing much more on our principles, our way of playing, the way that we want to play rather than the opponent. I don’t want to give them too much information about them and us, we don’t have much time to train. Obviously I really like to know what the opponent does.”

Mikel Arteta has received support of most of  the Arsenal fanbase as they believe that he could be the next big thing as he has received a lot of backing from prominent managers all over the world. Arsenal’s win over Manchester United has brought hope back to the gooners because this season has been disappointing despite having had a successful summer transfer window.

Leno reveals how Arsenal can still get a top four finish