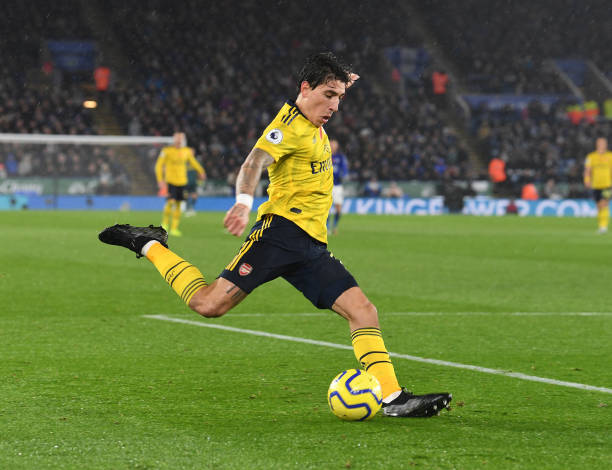 The January transfer window has opened and Arsenal will be looking to strengthen their squad in this window since they will be hoping to improve their league form and as well as challenging for the UEFA Europa League. Arsenal defender Hector Bellerin has been in and out of the squad this season and current reports claim that Mikel Arteta might be looking for a replacement.

Hector Bellerin got an Achilles injury in January, 2018 and he was out until October, 2019 but he has however then went on to miss a number of matches due to hamstring problems and Daily Mail is now claiming that the gunners are considering making a move for Norwich fullback Max Aarons since there are fears that, Bellerin might not come back the same since he seems to be weak ever since he recovered from the ACL injury.

Max Aarons is a highly rated fullback that has attracted interest from a number of Premier League clubs in the last few months and what makes him special is that he cannot only play as a right back but also a left back. Max Aarons being able to also play as a left back would benefit Mikel Arteta because Kieran Tierney is out for a long time and Kolasinac can’t play all the Europa League, FA Cup and Premier League matches.

The report linking Arsenal to Max Aarons says that the gunners have already made a contact and that Norwich will be demanding £30million for the signature of the 19-year-old. It will however be a bit odd if the gunners were to buy Max Aarons right now since Ainsley Maitland-Niles looks like he has massively improved in the right back position ever since Mikel Arteta took over and fortunately for the gunners, Hector Bellerin will be returning to the side this month so this should give him a chance to prove himself.

Revealed: The truth about Unai Emery’s contract with Arsenal