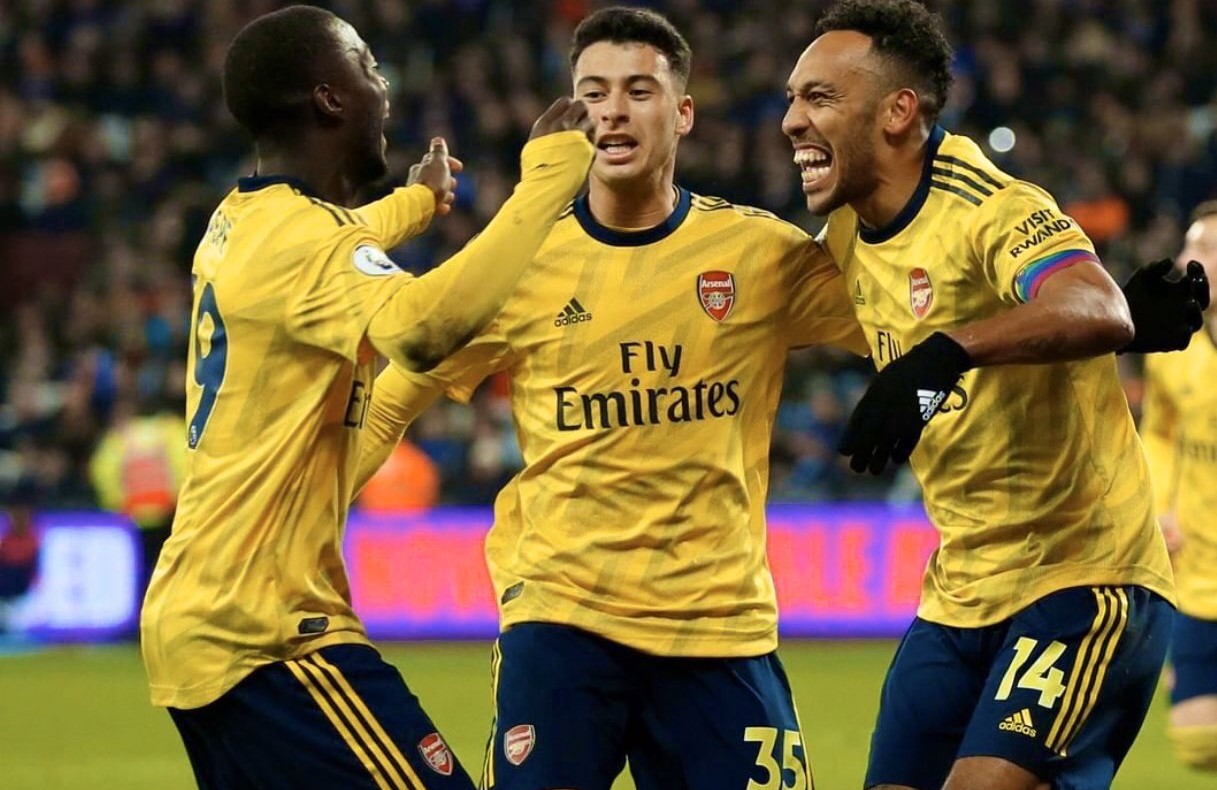 Arsenal will get one last chance of making a push for a finish in the Premier League top four tonight when they make a visit to Standford Bridge to face Chelsea. Arteta has already said how this is a huge game in their race for a top four finish and so we take a look at the lineup that he will possibly use against Chelsea with all eyes on Martinelli and Pepe. The Arsenal fans would be ecstatic if Martinelli scored in today’s London Derby.

Bernd Leno made a huge error in Arsenal’s game against Chelsea a few weeks ago but he will however get a chance to correct this tonight by putting on an impressive performance as he is Arteta’s first choice goalkeeper.

Kolasinac will be back next month and Hector Bellerin’s first game will definitely not be against Chelsea, and so the gunners will definitely use Saka and Maitland-Niles as a fullbacks in this game. Sokratis has an illness and the club didn’t say he has recovered in the latest team news and so Mustafi & Luiz will once again protect Leno tonight.

Arsenal’s head coach Mikel Arteta has shown that his preferred two-man midfield will always consist of Lucas Torreira and Granit Xhaka. These two have also repaid his trust as they’ve improved ever since he took over.

Mesut Ozil had a poor performance against Sheffield United but Arteta has shown that he wants to build his team around him and so it’s highly likely that he will start again. Pepe and Martinelli will be on the flanks at the weekend.

Alexandre Lacazette has failed to score in the last five matches and he is now under a lot of pressure to score since Aubameyang is suspended. Lacazette will definitely lead the line for the gunners.