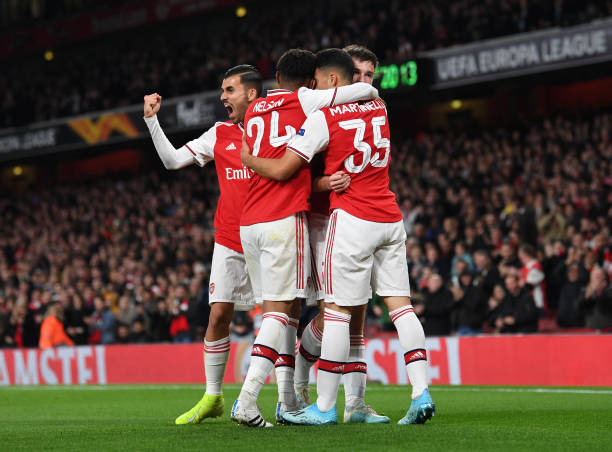 Arsenal will today welcome Leeds United at the Emirates Stadium for the FA Cup third round and this will be a great opportunity for some of the young players to impress new head coach Mikel Arteta. We take a look at the expected Arsenal lineup to face Leeds United with all eyes on Dani Ceballos and Gabriel Martinelli.

Emiliano Martinez is Arsenal’s second choice goalkeeper and so he will definitely be in between the goal posts tonight.

Hector Bellerin has been battling with a hamstring injury for a while but he is expected to start tonight’s game. Holding is now fit to play. So Arsenal’s back four will consist of Bellerin, Mustafi, Holding, Saka.

Matteo Guendouzi has started once in these first three matches of the Mikel Arteta reign and so he will need to prove himself in this game. Matteo Guendouzi is probably going to be paired with Joe Willock.

The Arsenal supporters are excited to see how Mikel Arteta is going to use Dani Ceballos since he has already improved most of the players. Ceballos will play as Arsenal’s central attacking midfielder and Nelson and Emile Smith Rowe will be deployed as wingers.

Gabriel Martinelli returned to full training this week and is expected to lead the line for the gunners tonight. He will probably be hoping to impress Arteta as he looked to have impressed both Unai Emery and Freddie Ljungberg.