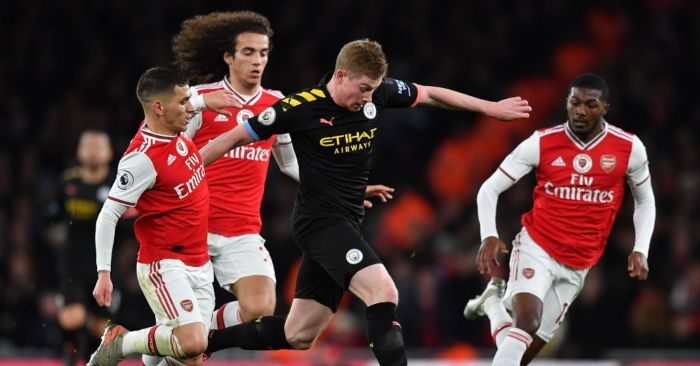 Arsenal’s chances of returning to the Champions League have now increased. This is due to Manchester City receiving a Champions League ban from UEFA having breached the Financial Fair Play rules.

Financial Fair Play was introduced by UEFA to prevent clubs in its competitions from spending beyond their means. Clubs need to balance football related expenditure, transfers and wages with television and ticket income, plus revenues raised by their commercial departments. Money spent on stadiums, training facilities, youth development or community projects is exempt.

Manchester City are however expected to file an appeal soon but as things stand the Manchester based club could miss out on the 2020/21 and 2021/22 Champions League season. This would be a benefit to clubs like Arsenal as they would be able to take up the free fourth slot which English clubs are entitled to by UEFA.

Arsenal’s hope of playing UCL football next season has risen

Arsenal finished fifth last season and missed out narrowly on qualifying for the Champions League having finished just 1 point behind fourth placed Tottenham and also lost out on qualifying via the Europa League, falling to a 4-1 defeat in the final to Chelsea.

The Gunners currently sit 10th on the Premier League table and are 10 points behind fourth placed Chelsea but can now qualify for Europe’s top tier competition by finishing fifth. Arsenal are currently 8 points away from number 5 with a game in hand.

The Europa League knock-out stage begins next week where Arsenal will be seeking some silverware having lost out in last year’s final, winning this competition is also another avenue for UCL qualification. Should Arsenal play their cards right they could end their three year spell of missing out on Champions League football. The team must remain focused and avoid squandering opportunities.