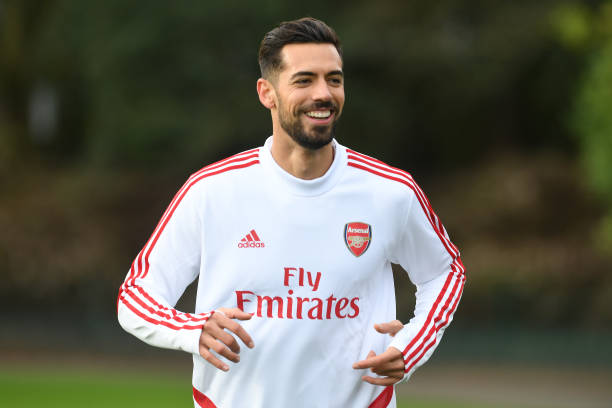 Arsenal completed the signing of Pablo Mari from Flamengo in the January transfer window and he is however yet to play any game for the North Londoners since the Premier League teams had a winter break, just after he had joined the club. Mikel Arteta will be hoping that Mari brings stability to his defence which has only slightly improved from that of Emery.

Arsenal will this weekend face Newcastle United at the Emirates Stadium and everybody was hoping that Pablo Mari would have his debut in this game but Mikel Arteta has in today’s pre-match press conference confirmed that the Spanish centre back won’t be available for selection on Sunday since he is lacking match fitness after having not played in the last two months.

“Pablo hasn’t competeted since the end of December. He’s been looking good, this game will come a bit too early for him but I expected him to join in the next week or so.” Mikel Arteta told reporters.

Pablo Mari arrived at Arsenal on only a loan deal and the gunners will be hoping that he gets enough chances before the end of the season as he could still return to Brazil if the North Londoners don’t exercise their option to buy him. The gunners spent two weeks in Dubai and Pablo Mari got to spend quality time with his teammates, and as well as getting introduced to Mikel Arteta’s tactics.