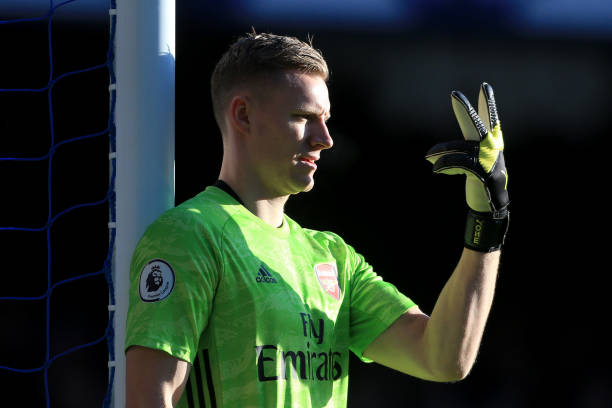 Arsenal have been poor in the last few months but the club decided to hire Mikel Arteta as their head coach since he is a highly rated young coach with the hope that he could rebuild the North London club which seemed to be declining under Unai Emery. Arsenal goalkeeper Bernd Leno says that even though the rebuild will take some time but that they need to try to win trophies this season.

Arsenal is already eliminated from the Carabao Cup and it’s now mathematically impossible for them to win the Premier League this season and this now leaves the North Londoners with the UEFA Europa League and the FA Cup as their only chance of getting silverware this season, and Bernd Leno is relishing the thought of reaching in another UEFA Europa League final and also playing at Wembley this season but he however acknowledged that they need to start winning games since they will be facing a lot of top sides in the cup competitions as seen last season.

“Of course this process takes time but we have to win games. In the Europa League and FA Cup we have so many difficult games. We saw last season that in the Europa League quarter-finals and semi-finals you get Champions League teams.” Bernd Leno told Goal.com.

“They are all playing for the title and the [Europa League] final was Arsenal against Chelsea [last season], so it was a very, very big game. We want to have this final again and also in the FA Cup.”

“Everybody told me that the FA Cup final at Wembley is unbelievable with the atmosphere and it is also a trophy, a title and we are looking forward to playing these games. Hopefully we can a win title this season.”

The gunners reached the UEFA Europa League last season and they will be hoping to do so again this season but they will however face many top sides this season as Inter Milan, Ajax and Manchester United are all still in the competition. Winning a trophy in Mikel Arteta’s first months as a manager would boost his confidence and would help him get the trust of the Arsenal fans who still have doubts over him.

Bernd Leno was not played in the UEFA Europa League final last season because Unai Emery wanted to stay true to the second keeper being in charge of the cup competitions but Pep Guardiola usually plays his first choice goalkeeper in finals and so the German shot stopper will be hoping to play in a final since Mikel Arteta is a disciple of the Manchester City coach.