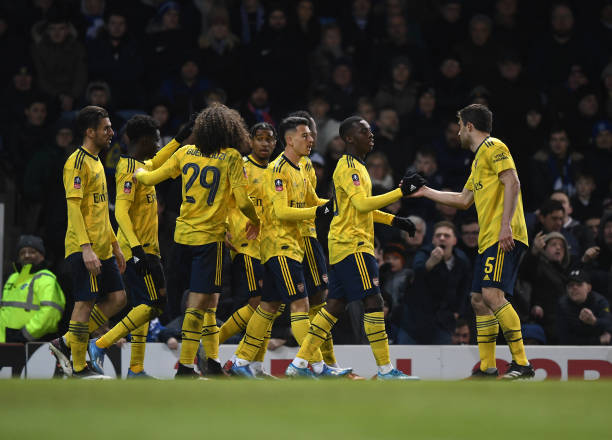 The FA Cup quarter finals draw has been made and Arsenal will be facing Sheffield United in a few weeks time. Arsenal’s new head coach Mikel Arteta will be hoping to continue his FA Cup journey as winning it in his first season would help in making the fans believe in him more.

Arsenal progressed to the FA Cup quarter finals thanks to an impressive 2-0 win over League One side Portsmouth and even though the gunners were of course expected to go to the next round, they however used a very youthful side and still put on a professional performance in a hostile stadium. Arsenal boss Arteta admitted that it is always a risk to play youngsters but he however was happy with the rewards that he has gotten so far in giving them chances.

Arsenal’s next opponents will be Sheffield United and since we are now in the very important stages of the competition, the fans will now be expecting him to play with stronger lineups since winning the FA Cup could be their best way of playing in Europe next year if they failed to get it through the league. Besides that, Sheffield United have been very impressive this season as they are ahead of Arsenal on the league table and have taken four points from the gunners.

Arsenal’s FA Cup game against Sheffield United will be taking place on the weekend of 21st March, a specific date will be published by both clubs very soon. The gunners will be unhappy that this game will not be at the Emirates Stadium since having the home advantage in these Cup competitions can ease off the pressure that the players always have.

Bernd Leno reveals the reason why Arteta’s Arsenal is fearsome

Arteta finally reveals why Maitland-Niles is no longer playing games