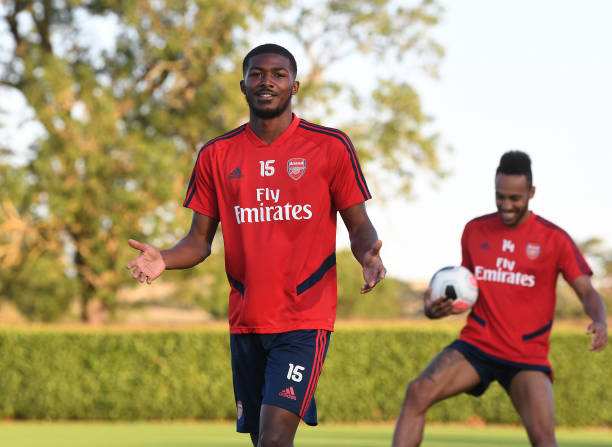 Arsenal youngster Ainsley Maitland-Niles has been used as a makeshift right back in the last two years due to injuries but he however looked to have settled into that position well after the appointment of Mikel Arteta but he has however disappeared from the starting elevens and even in the matchday squads.

Ainsley Maitland-Niles played a lot of minutes for the first team of Arsenal last season after the gunners lost Hector Bellerin to a long-term injury and after Stephan Lichtsteiner showed that the Premier League was too fast for him, the 22-year-old played in a lot of games including the most important one, the UEFA Europa League final against Chelsea.

Maitland-Niles once again filled in at right back at the beginning of this season because Bellerin was not yet back but he however made a statement to the press, saying that he is not a right back. The Arsenal fans were however surprised to see how he looked fantastic in Mikel Arteta’s system and hoped that he would continue playing in developing into that position since the system by the new boss was helping him to sometimes shift to the midfield which is where he wants to play.

After some impressive performances in the right back position including a win against Manchester United, Ainsley Maitland-Niles has gone under the radar and is now struggling to make it to the matchday squads. Mikel Arteta has explained why Maitland-Niles hasn’t been playing in the last few weeks and also advises him on what to do to regain his place.

“Ainsley needs to put his head down, work hard and show me every day in training he wants it more than anybody else and that he wants to play for this club and fight for his place.” Arteta told Football.London.

“He moans a little bit because it’s not his position.” Arteta joked.