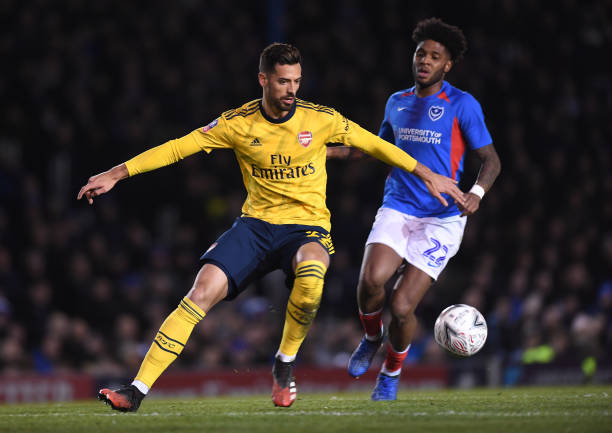 Arsenal signed Pablo Mari on a loan deal from Flamengo in the January transfer window and he finally made his debut for the gunners a few days ago in the 2 nil win over Portsmouth in the fifth round of the FA Cup. And so we take what look at how Pablo Mari is going to improve Mikel Arteta’s Arsenal.

Arsenal have for long not had a left footed centre back in their defence but this has become a major requirement in the last few years since Unai Emery and now Mikel Arteta want their team to build attacks from the back, and this usually requires you to atleast have a left footed centre back in order to have faster transitions from defence to attack.

Pablo Mari is a left footed centre back and even though he had failed in Europe before he went to Brazil, but he is however still 26-year-old and can be molded into a player that the Arsenal boss wants in his defence. Mikel Arteta has already explained the use of a left footed defender in trying to initiate attacks since most clubs want to only be playing out of the back instead of sending the ball into the final third.

Mari has taken long before getting his Arsenal debut because he was in his pre-season when the gunners signed him since the campaign ends early in Brazil and the gunners have taken a full month to make him match fit ahead of the upcoming tough schedule which could determine whether the club gets a UEFA Champions League spot or not.