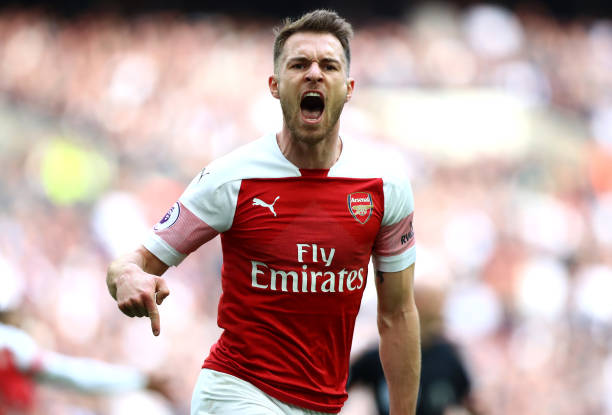 Arsenal signed Aaron Ramsey in 2008 and he spent a decade at the Emirates Stadium and was a fan favourite since he was such a joy to watch when he was on form and healthy. The gunners said goodbye to Aaron Ramsey in 2019 after he decided to sign for Juventus on a free deal. The Welshman has opened up on the time he left the gunners.

Arsenal found themselves in a difficult position at the start of last season when Aaron Ramsey went into the final year of his current deal at the Emirates Stadium and the gunners had a contract on the table for him but he was however yet to decide, and then the gunners decided to withdraw that contract since his demands were huge for the North London club since they had started to regret giving Mesut Ozil the £350k a week wages.

Even though it was sad that Ramsey failed to reach an agreement with the club over a new contract, there was no denying that the 29-year-old loved Arsenal as he didn’t let his transfer saga affect his performances on the pitch as he was one of the best players for the gunners in the 2018/19 campaign. Ramsey has opened up on how he felt when he left when he left Arsenal in 2019.

“That was tough, I wasn’t prepared for that. I couldn’t control my emotions. I spent 11 years, I grew up there. Been married, had my kids and been through so much on and off the pitch there. Arsenal mean so much to me and always will.” Aaron Ramsey told Niall Horan in an Instagram live chat.

The Arsenal fans are still disappointed that the club let Aaron Ramsey leave on a free transfer as their team currently lacks a player like Aaron Ramsey as their current midfielders rarely score as he usually did for the North Londoners.

Arsenal boss Arteta reveals how the lockdown might benefit him