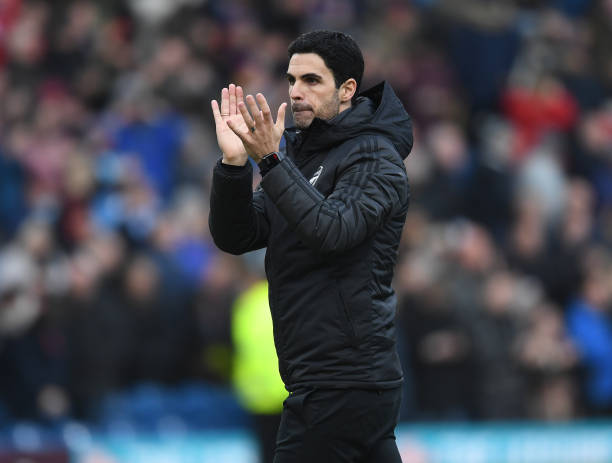 It’s been a month now since Arsenal last played a Premier League match because the COVID-19 epidemic has seen all leagues around the world get shut down in order to reduce on the spread of the virus. Arsenal head coach Mikel Arteta who himself tested positive says that he has found a way to benefit from this pandemic as it is helping him to connect more to his players.

The Arsenal players are all at their homes and since Mikel Arteta became one of the first footballing people to get the virus, the whole squad quickly self isolated as there were fears that he would have passed it to some of his players but none were fortunately positive. Even though their confirmed to be free of the virus, they are however still locked at home since the Corona Virus has spread throughout the country and it is still not known when football will return.

Arsenal head coach Mikel Arteta has since recovered from the virus and he says that he believes that the global pandemic could be an opportunity for him to get know the players more, on a personal level since he had only been with them for a few months. Arteta says that he wants the players to feel close to him and open their feelings to him as a better relationship between player and coach is important.

“This is a good possibility, when everybody is hurt and a little bit more open about what’s going on, to get into them a little bit, to understand how their families are, what they’re doing to take care of them, their relatives, how they feel at the club, how they feel with their team-mates.” Mikel Arteta said on BT SPORT

“I want them to feel close to me, that they can trust me, tell me their feelings. We have a lot of people that live on their own, people that have family away. They need to feel protected a little bit, not just myself but the staff or the senior people at the club.”

Arsenal head coach Arteta also revealed in the same interview that the players will be in shape by the time season begins since they have all the instructions and the equipment with them at their homes.

Aubameyang receives a strong transfer warning from an Arsenal legend