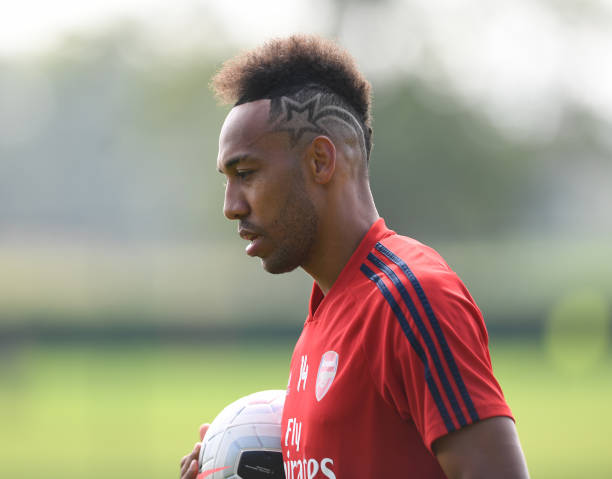 Pierre-Emerick Aubameyang will soon enter the final year of his current contract at Arsenal and as per the current reports, there’s no hope that he will be committing his future to the North London club. Arsenal boss Mikel Arteta wants Aubameyang to stay because he is their best player but they’ll however have to prepare for the worst case scenario and they’ve reportedly identified a £35million rated striker as the best replacement for the Gabon international.

Aubameyang has been at Arsenal since 2018 and he has been their top scorer ever since as he has scored over 60 goals in less than 100 appearances for them but they are however on a big battle of trying to convince him to stay at the club when there is a big possibility that they might not be able to play in next season’s UEFA Champions League. Aubameyang has been linked with a number of clubs in the last few weeks and so it is no surprise that Arsenal will be on the lookout for a replacement.

The Metro reports that Arsenal have identified Celtic striker Odsonne Edouard as the perfect replacement for Aubameyang since he has been impressive for the Scottish Champions by scoring 32 goals in the league and the UEFA Europa League. The 22-year-old has attracted a lot of interest in the last 12 months due to his impressive performances for Celtic, Arsenal seem to have now also entered the race as they see him as a player that would be a great replacement for their captain Aubameyang whose future is uncertain.

The report claims that Celtic will try to offer Odsonne Edouard a new deal in order to fend off interest but that they would consider letting him go for £35million if their new contract talks fail to go through. It is also revealed that Arsenal would rather sell Lacazette than lose Aubameyang in the summer but that the chances of keeping their 30-year-old captain are low.

Arsenal signed Kieran Tierney from Celtic in last year’s summer transfer window and so they will be hoping that he would be willing to convince his former teammate Odsonne Edouard to come to the Emirates Stadium.

Arsenal receive new hindrance in their pursuit of Thomas Partey