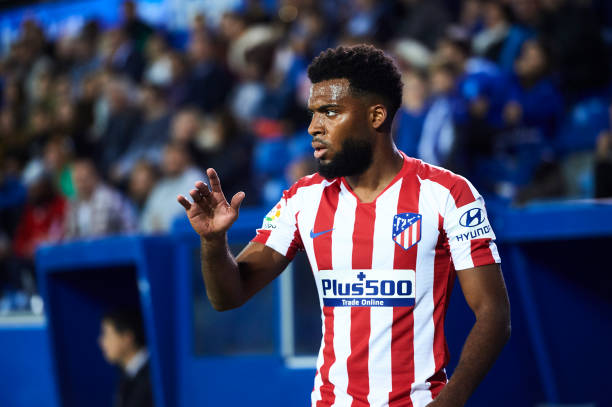 Thomas Lemar joined Atletico Madrid in 2018 in a deal worth £62million but the Frenchman has failed to replicate his Monaco form as now the Spanish club want to sell him hence alerting Arsenal who were linked with a move for him in the January transfer window. Thomas Lemar is a versatile player that can play as a left winger or as a central attacking midfielder.

Arsenal will be looking to improve their side in the summer transfer window and it is believed that gunners head coach Mikel Arteta could try to go to a 4-3-3 formation hence needing a player like Thomas Lemar as he fully fits this system well. The Metro is reporting that Arsenal who were linked with Thomas Lemar in January might have received a boost in their pursuit of the 24-year-old as Atletico Madrid are frustrated with the player and would be willing to let go of him.

Even though Thomas Lemar has been poor throughout his time at Atletico Madrid but the Arsenal fans will still be confident that he could impress at the Emirates Stadium since Mikel Arteta has shown that he improves players as he has already done with the likes of Granit Xhaka and Shkodran Mustafi, and also it is no secret that many wingers have not usually impressed under Diego Simeone’s rigorous system.

The report also claimed that Arsenal would be able to agree on a cut price deal with Atletico Madrid for Lemar since the coach currently favours Ángel Correa over him and that the Madrid club wants the French international off their wage bill as soon as possible. It is however worth noting that Manchester United are also interested in Lemar.

Report: The truth about the Jesse Lingard to Arsenal transfer rumours